Ms. Jill Heape, of Pelham, is pleased to announce the engagement of she and her late husband’s daughter, Marki, to Mr. Jamie Williams.

Marki is the granddaughter of Mr. and Mrs. Gene and Sonya Bates and Mrs. Betty Heape and the late Gene Wessely and the late Clyde Heape, all of Montgomery.  Marki is a graduate of Pelham High School and a 2009 graduate of the University of Montevallo where she graduated with a degree in marketing.

Jamie is the son of Mr. and Mrs. Robert and Jo Williams and the late Jean Williams. He is the grandson of the late Mary Blue and Winfred Blue of Union Springs, the late William Rodgers of Perote and the late Lilly and Grady Williams of Montgomery. Jamie is a graduate of Bullock Memorial School and Auburn University where he received a degree in education.

Jamie is a head football coach at Montevallo High School and Marki works for Regions Bank. 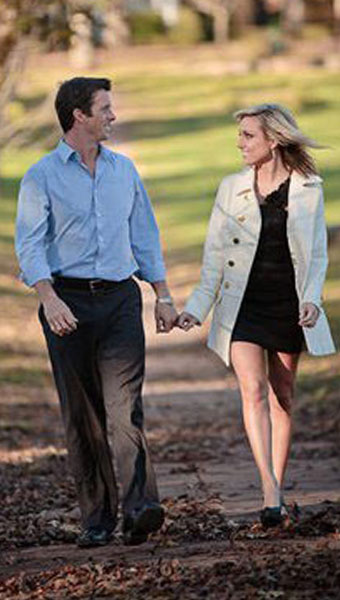