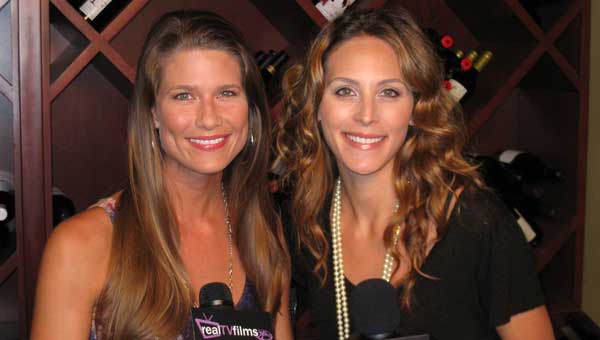 Shelby County native Tara Darby (Left) and her business partner Cristina Nardozzi work as hosts for Real TV Films when they're not coaching up and coming models and actresses. (Contributed)

In middle school, Tara Darby was determined to become a model, but didn’t know where to start. After spending a fortune on services that promised more than they delivered, Darby said she finally broke into the industry through her own efforts and trial and error.

Now Darby, who graduated from Oak Mountain High school in 2000 and was crowned Miss Alabama in 2004, lives in Los Angeles and works full-time as a model, actress and TV host. When she’s not in the spotlight, she’s made a business out of helping other young girls from Shelby County break into the entertainment industry.

Darby, along with another former Miss U.S.A contestant, Cristina Nardozzi, opened Sashes and Crowns, an L.A.-based consulting businesses for modeling and pageants. 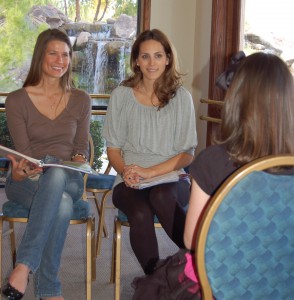 Tara Darby, of Shelby County, along with her partner Cristina Nardozzi, coach a client in modeling, acting and hosting during a private bootcamp. (Contributed)

Darby said she had the idea for the businesses after she moved to L.A. and was approached several times for advice and coaching.

“I was constantly getting e-mails from strangers, usually girls and their mothers in Alabama, asking me for advice,” she said. “I realized there was a great need for mentorship and guidance for girls to get started.”

Through the business, Darby and Nardozzi coach girls throughout the nation over the telephone, using Skype and through intensive workshops. Darby said she’s always eager to help girls from Alabama because she already has many contacts in the area. The first step is to get them signed with a local agent and start working local jobs, she said.

“I have so many clients based in Alabama and I always encourage them to start locally,” Darby said. “It’s surprising to girls how many local businesses film commercials and how many boutiques do fashion shows with local models.”

Darby also works with girls on their resume, portfolio and headshots. She said girls often spend a lot of money on these items and still don’t get the final products agents seek. She said her experience allows her to tell girls what employers are looking for.

“The reason I can give these girls advice is this is my full-time job,” Darby said. “I work in the entertainment industry and I can share my personal experience.

“There’s some major scammers out there but especially in smaller markets where girls don’t have a lot of opportunities,” she added. “You can easily get swindled out of your money, get taken advantage of and get bad advice. My mission is to give them good advice.”

Though Darby lives in L.A. full-time, she said she comes back to Shelby County as often as possible. While visiting family, she often makes coaching appointments and works local jobs.

She said although Birmingham is a smaller market, she believes girls can learn much-needed lessons here before moving onto large markets.

“If you can’t make it in a small market, I do not encourage you to uproot and move to a big city,” she said. “The only way I was able to make this a career was the lessons I learned in Birmingham.”