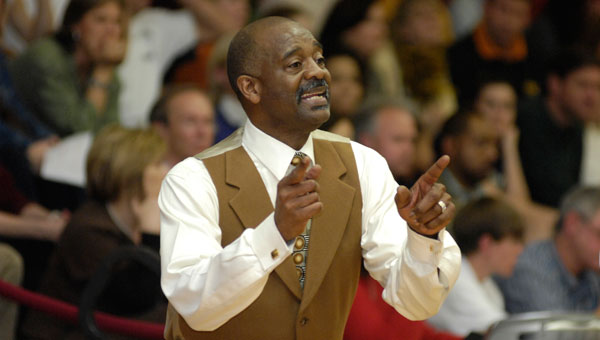 Forever a coach, Dickinson, who is retiring from coaching following the season after a 31-year career, including the last 26 years at Shelby County, doesn’t want the emotion surrounding his announcement to take away from the big game against rival Calera on senior night.

“I just want to focus on winning a ballgame,” Dickinson said.

Dickinson, who plans to continue teaching for two more years before retiring from his teaching position, said he hasn’t had time to reflect on his coaching career at the school. Dickinson’s career includes coaching several 20-win teams and area champions, which led the school to name its gym after him.

“I haven’t really allowed myself to reflect because we’re in the middle of the season,” Dickinson said. “I know I will do that once this thing is done. On the ride home (after the Calera game) I will probably start reminiscing.”

Vera Madison, who saw all three of her sons play for Dickinson at Shelby County, said his impact went far beyond the playing court.

“He’s been a mentor to my boys,” Madison said. “I think my boys have been successful because of his coaching. He made a big impact on my boys.”

Madison said her son Bobby, who is currently playing professional basketball in Portugal, told her the most important trait Dickinson instilled in him was his work ethic.