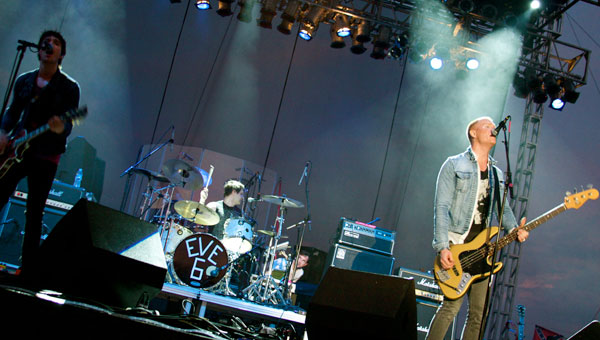 Alabaster officials and members of the Alabaster Arts Council are working to finalize the lineup for the city’s largest event, and are looking for more business support to keep the event free.

The Arts Council has already secured several sponsors for the Alabaster CityFest, but is hoping to sign a few more before booking the bands for the annual event at Municipal Park, said Alabaster Ward 1 Councilwoman Sophie Martin, who is first vice president of the Arts Council.

“We are still researching how much it would cost to bring certain acts here,” Martin said. “One of the major reasons we are able to keep the event free is because of sponsorships.”

Currently, the city has signed Regions Bank as the CityFest title sponsor, and the Shelby County Reporter, CBS 42, 102.5 The Bull, Vic Smith CPA, the city of Alabaster and the Alabaster Arts Council as event sponsors.

Because sponsors often provide in-kind donations and volunteer labor for the event, they help the Arts Council bring down CityFest’s costs, said Vic Smith, who is the treasurer of the Arts Council and is working to recruit more sponsors.

By operating CityFest as efficiently as possible, the Arts Council is able to save money for other programs and events throughout the year, Smith said.

“We try to do as much efficiency-wise as we can at CityFest so we can save money for the rest of the year,” Smith said, noting the Arts Council regularly donates to city schools and agencies like Kids First Awareness Community Center. “We have even talked about maybe holding a smaller intimate-type festival in the fall.”

Smith said sponsors are the key to keeping CityFest free each year, which has been held in the city for the past eight years.

“We want to keep this event free. We have had members who said we should charge a minimal admission, like $2, but I don’t think we should ever do that,” Smith said. “We want to be billed as the best thing going on in the state of Alabama.”

“Because it’s free, that’s the reason people can bring their family out there and not worry about putting a cramp in their budget,” Smith said. “Especially with the way the economy is right now, you see people out there enjoying it with their families without having to worry about paying the bills.”

Last year, event organizers and sponsors were able to bring big-name acts such as Travis Tritt and Eve6 while still keeping the event free.

“With a free event, a sponsorship not only says you’re supporting that event. It creates an image that you are interested in creating a family atmosphere,” Smith said. “It really is a family friendly thing.

“We have decided not to sell alcohol at the event, and we think that creates a more family friendly atmosphere,” he added. “We have only had three alcohol-related instances where people had to be escorted out by the police, and that’s in the last eight years.”

To learn more about becoming a CityFest sponsor, call Smith at 664-9273, or e-mail info@vicsmithcpa.com.