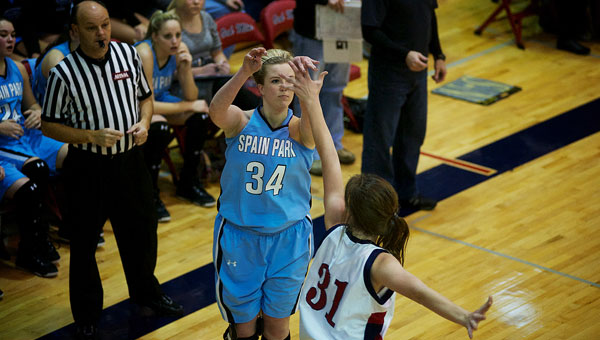 Ryan, who hit a game-winning shot against Thompson last month, finished with six points in the victory.

Jasmine Moore, who grabbed a team-high four rebounds, and Kathryn Boswell chipped in one point each.

Madison Pierce finished with one point and a team-high five rebounds.

Following 3-pointers by Freeman and Garmany in overtime, Ryan drained the game-winner on the Jaguars’ final possession. Griffin’s 3-point attempt at the buzzer was off the mark.