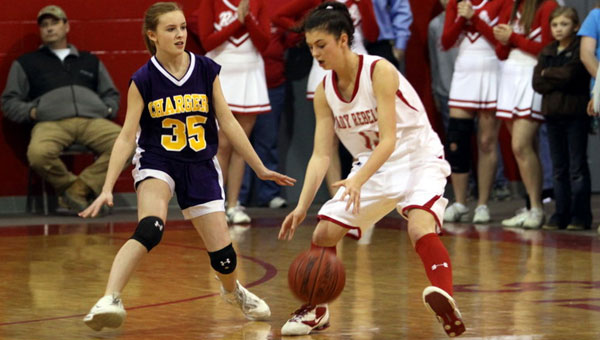 The host Rebels advanced to the AISA Class 1A state tournament, where they will face South Montgomery County Academy in the Elite Eight on Feb. 10 at 3 p.m. on the Faulkner University campus in Montgomery.

The Chargers also advanced to the AISA Class 1A state tournament, where they will meet Abbeville Christian Academy in the Elite Eight on Feb. 10 at noon on the Huntingdon College campus in Montgomery.

Lauren Archer led Coosa Valley (17-2) with a game-high 23 points. Archer also grabbed a game-high 21 rebounds to finish with a double-double.

Coosa Valley outscored the visiting Chargers 12-10 in the opening quarter. Cornerstone Christian held a 10-8 advantage in the second quarter to tie the game at 20-20 heading into the locker room at halftime.

The Rebels, who also won the first three meetings between the two teams this season, outscored the Chargers 31-10 in the second half to coast to victory.