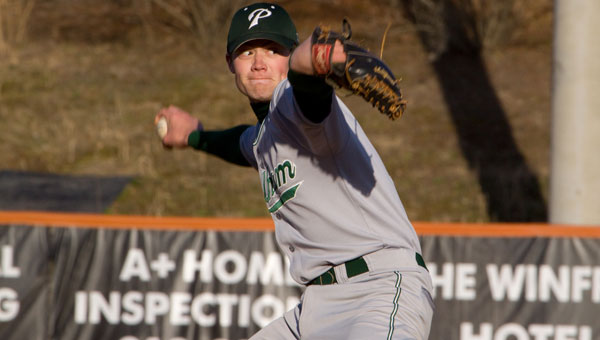 The Pelham High School baseball team is racking up plenty of preseason awards in advance of the 2011 season.

The Panthers will feature two All-Americans and a national ranking on opening day.

Fitts struck out a state-leading 151 batters in 92 innings with just 19 walks. Fitts recorded a 0.91 earned run average as a junior.

Rash, who transferred to Pelham from DeSoto-Minburn High School in Adel, Iowa, during the offseason, finished his sophomore season with a 5-2 record and one save.

Rash struck out 92 batters in 50 innings with just 34 walks. Rash recorded a 1.96 earned run average as a sophomore.

Pelham, which opens the 2011 season Feb. 21 on the road at Russell County High School, is ranked No. 21 in the Collegiate Baseball Newspaper preseason poll.

The Panthers (39-6) won the Alabama High School Athletic Association Class 6A, Area 10 championship in 2010 following a perfect 8-0 area record. Pelham, which entered the postseason with a 30-game winning streak, fell to Grissom in a three-game series in the quarterfinal round of the Class 6A playoffs a year ago.

FROM STAFF REPORTS DIVISION 2 (BOYS) The Blazers burned the Disco-Swish, 28 to 24. According to all reports, this was... read more