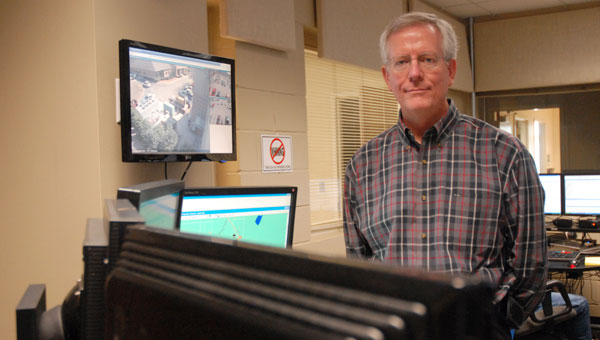 When a Shelby County resident or travelers passing through the county witness an emergency, their immediate reaction is usually to pick up the phone and dial 911. But the nationwide emergency call system has not always been in place.

When outgoing Shelby County 911 Executive Director John Ellison made the decision to transition from the Pelham Police Department to the county’s emergency call center, nobody in the county had ever made a 911 call.

“We made our first 911 call in October of 1990,” said Ellison, who has been the 911 executive director since the call center was created in early 1990. “Prior to 911, everyone had to call their own police department or fire department.

“The problem with that was that we would have people call us in Pelham who lived in Alabaster or Hoover,” Ellison added. “Some people didn’t know the number. And what if you went to another county? What emergency number would you call?”

Ellison has been the only executive director in the Shelby County call center’s history, and recently decided to move on from his 21-year career with the center, which is currently based in Pelham.

Ellison said he became interested in leading the county’s first 911 agency after he enjoyed working in the Pelham Police Department’s communications department.

When the former Pelham police officer helped establish the call center in 1990, Shelby County was a much different place than it is today.

Most calls came from landline phones, and the population was roughly half of what it is today. Residence and business addresses in rural Shelby County were formatted differently from city addresses, and police departments usually only received one call reporting each incident.

But an exploding county population and the advent of cellular and Internet-based phones has steadily transformed Ellison’s job over the years.

“There has been an increase in the number of events, which is understandable because the population has nearly doubled,” he said. “We also get more calls for every event.

“When everyone only had a landline, we may have gotten one call from the gas station on the corner if a wreck happened,” Ellison said. “Now, we get six, eight or 10 calls or more for every wreck, especially if it happens somewhere like I-65 or 280.”

When cellular phones first became available, the 911 call center had some difficulty locating cell phone callers, as the phones had no address attached to them.

“When I started, cell and car phones made up maybe 5 or 6 percent of our calls. Now, cell phones make up more like 70 percent,” Ellison said. “Initially, we didn’t get anything (information-wise) when cell phones called.

“Now, we have a system called Phase 2, which helps us locate most cell phone callers,” Ellison added. “It’s much better, especially if a person doesn’t know where they are, which can happen in traumatic situations.”

Though he is moving on from his role at the call center, Ellison said he still will work.

“I’m really just changing jobs to do some contract work, some website work and pursue other avenues,” he said. “I’m only 55, so I intend to work for about five more years before I really retire.”