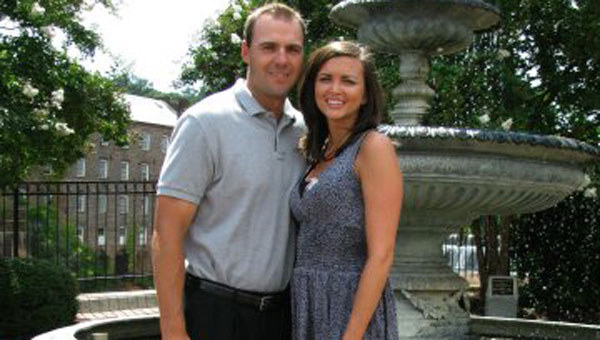 Ross’ hiring will be made upon board approval at a meeting in May or June once a teaching unit is available at Thompson, Thomas said.

In the interim, Ross, who remains employed by the Autauga County Schools System, will be in Alabaster two or three days a week and will conduct spring practice, Thomas said.

Thomas said Ross’ background, which includes being a part of Prattville’s run of three consecutive Alabama High School Athletic Association Class 6A championships from 2006-2008, made him stand out among 80 applicants, including 15 who were part of an informal interview and five finalists who met with a committee made up of Thompson school officials and Alabaster community members.

“He was the committee’s top-rated choice,” Thomas said. “We felt like he was the right guy. Every person we talked with that have coached with him talked about his character, integrity and knowledge of football.”

“He’s a great, bright young mind,” DuBose said. “He does a wonderful job. He’s a hard-worker. He’s a great family man. He’s about discipline and doing the right thing. He’s going to be a bright young head coach in Class 6A.”

Ross coached four seasons at Clinton High School in Clinton, Miss. before taking a position on the Prattville coaching staff. Ross spent the 2005 season as the Clinton High defensive coordinator.

Ross, a former collegiate offensive lineman, played one season at Hinds Community College in Raymond, Miss. before transferring to Samford University. Ross spent the 2001 season as a student assistant coach at Samford and worked with the offensive line and special teams unit.

Ross, who graduated from Samford in 2002, is a Prattville High School graduate. Ross is married to the former Amy Yergan.

Ross said he is eager to move to Alabaster and get started at Thompson High School.

“Alabaster is a great place to live,” Ross said. “It’s a great place to raise a family. There is great potential at Thompson. I’ve heard there are a lot of athletes in the school. I’m excited about getting up there and turning things around.”

Ross said he hopes to model the Thompson program after the one he left behind in Prattville.

“(Prattville) is a first-class program,” Ross said. “That’s the same thing we want to build at Thompson.”