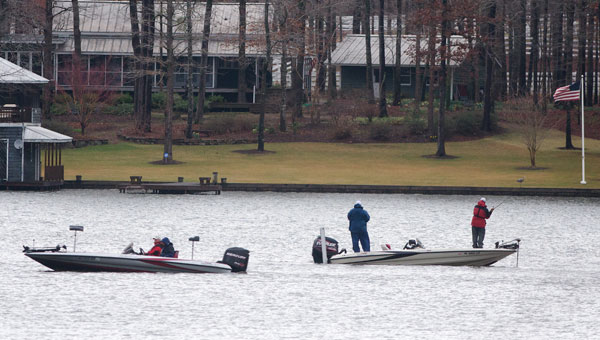 Coggins, who had a big bass weighing 6.05 pounds, caught the limit of five fish and edged Ricky Smith of Ohatchee by more than a pound to win the title. Smith caught the five-fish limit and weighed in with a 17.83-pound bag.

Wade Sieck of Phenix City came in third in the tournament with his five-fish bag weighing 17.71 pounds.

James McCullers of Dadeville, who finished sixth overall, reeled in the biggest bass during the tournament with his 6.44 pounder.

Larry Franks, Jr. of Wilsonville was the top Shelby County angler. Franks, Jr. came in seventh overall after catching the limit of five fish, which weighed in at 15.76 pounds.