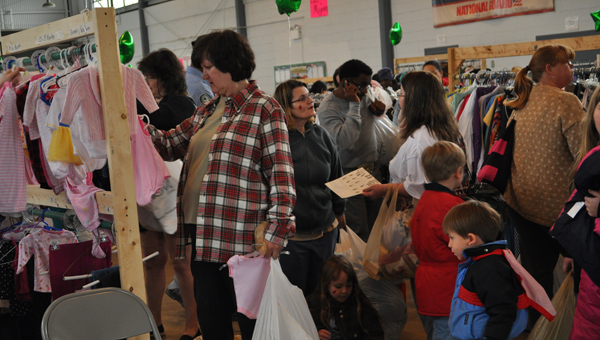 The Spring Clothing Give Away, sponsored by Calera Acts of Kindness, was held March 5 at the Calera National Guard Armory.

It was a successful event, organizer Rebecca Krueger said.

Throughout last week, including Saturday’s giveaway, a total of 600 people received help providing clothing for their families, Krueger said.

“In spite of severe rain and a pretty good cold front, we were still able to get a large number of people in the armory,” she said.

The Calera Police Department was on hand to provide safety kits and free fingerprinting for kids and their parents. The Calera Fire Department provided safety demonstrations.

The LifeSouth Blood Mobile collected 19 pints of blood, enough to save the lives of 57 people, Krueger said.  The blood will be used in local hospitals. 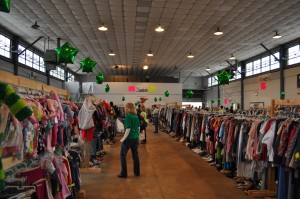 A total of 83 people volunteered throughout the week to make the event a success. In addition to members of Calera Acts of Kindness, other volunteers included church members to students to the National Guard.

On March 4, the night before the giveaway, about 60 youth from Calera Baptist attached a verse from the Bible – John 3:16 – to about 4,000 items of clothing. The youth also did a prayer walk and prayed for the participants of the giveaway.

“That was an incredible amount of folks from our community that were willing and interested in helping their neighbors,” Krueger said of the volunteers.