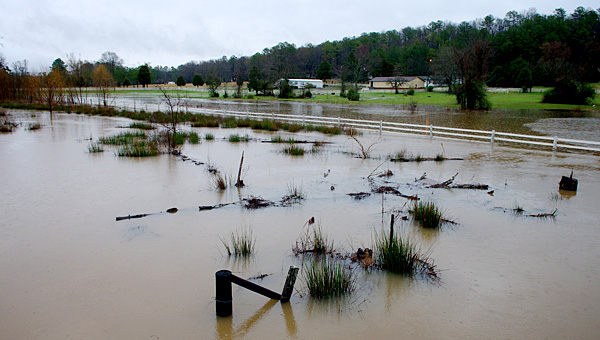 Property off of County Road 26 in Saginaw fills up with water during the heavy rains on March 9. (Reporter Photo/Jon Goering)

The National Weather Service has issued both flash flood and wind advisory warnings for Shelby County.

Currently, no roads have been closed due to flooding.

Probation Officer Torii Ramsey talks with a teenager in her office at the Shelby County Courthouse on Nov. 23. (Reporter... read more