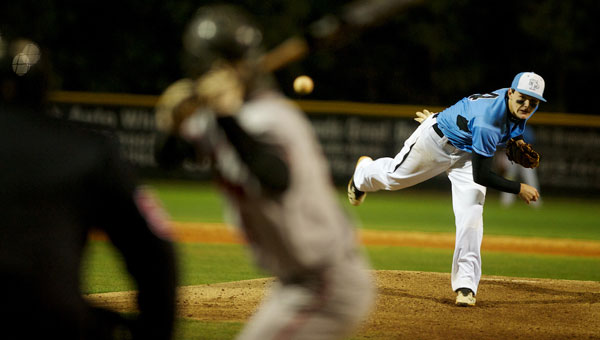 HOOVER — Spain Park High School baseball coach Will Smith didn’t have much time to give his players a pep talk before the Birmingham Metro tournament championship game March 10 against Thompson.

In the end, Spain Park outlasted Thompson 5-3 in the championship game to clinch the school’s first Birmingham Metro tournament title.

Despite the little time with his players in between games, Smith found an opportunity to deliver an important message to his players — especially his senior class.

“It’s a big deal,” Smith said. “It’s not every day you get to play for a championship.” 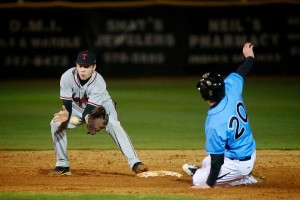 Spain Park (11-4) opened the day by completing the seventh inning and two extra innings in the semifinal against Thompson, where the Jaguars fell into a consolation matchup with Pelham following a 9-8 loss in the bottom of the ninth inning to the Warriors.

Spain Park senior pitcher Charlie McPherson shined in his first appearance on the mound this season.

McPherson gave up only two earned runs on six hits with five strikeouts and four walks in the championship game. McPherson pitched out of a bases-loaded jam in the top of the sixth inning and pitched around a two-run homer in the top of the seventh inning to secure the win for the Jaguars.

“He stepped up when we needed him the most,” Smith said.

Austin Veteto led the Jaguars at the plate as he finished 2-for-2 with a run scored in the championship game. 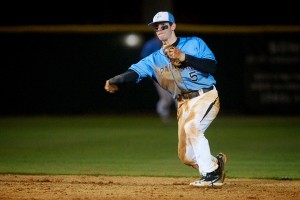 Sean Taylor, who saw his first plate appearance of the season in the championship game, went 1-for-3 and scored a run.

Gus Williford led Thompson at the plate in the championship game as he finished 1-for-4 with two RBIs and a run scored. Williford’s two-run homer with two outs in the bottom of the seventh cut the Spain Park lead to 5-3, but the Warriors were unable to push any more runs across.

Skylar Estell finished 1-for-3. Chad Collum went 1-for-3 with a run scored.

The Warriors (8-6) defeated Spain Park 9-8 in the semifinals following a solo homer by Collum in the bottom of the ninth inning.

Thompson coach Pat Hamrick praised senior lefthander Jon Keller for helping the Warriors advance to the championship game after he shut down the Spain Park lineup in the final two innings. 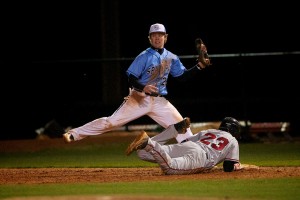 After giving up a two-run single to Spain Park junior Paul Angel in the first at-bat in the suspended game, Keller struck out six batters in his final 2 1/3 innings to help the Warriors clinch the victory.

“That was big for Jon and for his confidence to come back and have that composure,” Hamrick said.

The Thompson victory sent Spain Park into a consolation matchup with Pelham.

The Jaguars clinched a spot in the championship game following an RBI single by Alex Close in the bottom of the eighth inning.

Close led Spain Park at the plate as he finished 2-for-4 with two RBIs.

Cowart picked up the win on the mound after allowing only two hits and striking out six batters with only one walk in the final five innings in relief of Mikey White.

Gray Cato took the loss after walking three batters and giving up an earned run in the eighth inning.

Hunter Pearson started and pitched a seven-inning gem with 14 strikeouts and one walk. Pearson allowed only one earned run on three hits.

Smith said the extra-inning games and marathon atmosphere surrounding the Birmingham Metro tournament due to the weather will help his Jaguars, along with Thompson and Pelham.

“That’s why you play a tough schedule,” Smith said. “It’s not something new for you when it is time for area games. It’s something you’re used to.”