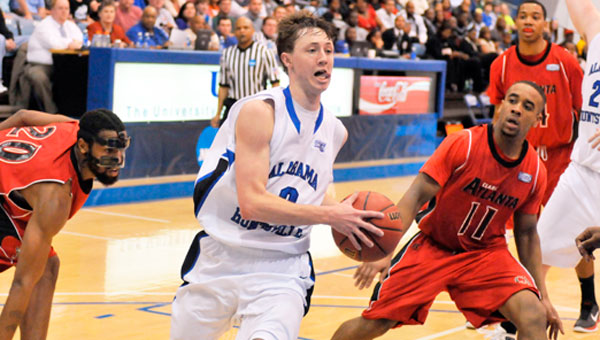 Magette, a 6-foot-1 point guard, and the Chargers (29-5) ended their season with a 95-91 loss to Minnesota State University in Mankato in overtime in the Elite Eight in Springfield, Mass., in the Division II men’s basketball tournament quarterfinals March 23.

Magette scored eight points and dished out eight assists in the final game of his junior season.

Magette scored 15 points and dished out a team-high 10 assists in UAH’s 88-81 win over Stillman College in the South Region championship game March 15.

Magette played a team-high 44 minutes and nearly recorded a triple-double with 11 points, nine rebounds and 14 assists in the Chargers’ 74-71 overtime win against Arkansas Tech in the South Region semifinals March 13.

Magette scored a team-high 19 points on 7-of-11 shooting from the floor and handed out nine assists in UAH’s 77-63 win over Clark-Atlanta in the opening round of the NCAA Division II tournament March 12.

Magette, who is currently second in Division II ranks with an average of nearly eight assists per game, is averaging 12.8 points per game for the Chargers.

Magette was also selected to the 16-member State Farm Division II All-American team, which is voted on by the NABC.

Magette was named to the All-Gulf South Conference first team after leading the Chargers to an 11-1 mark in conference play and their first East Division crown since the 2002-2003 season.

Magette led the Jaguars to the Alabama High School Athletic Association Class 6A Final Four during his junior season at Spain Park.