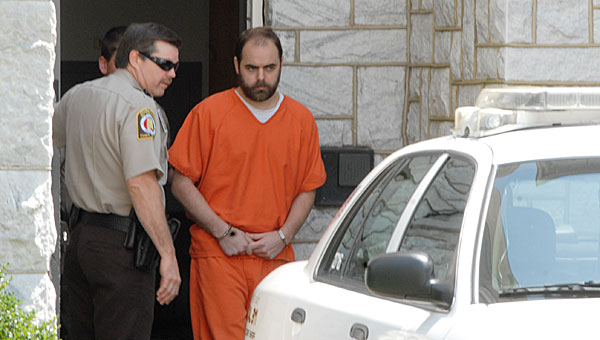 A Pelham police officer described a scene of “total chaos” when he was one of the first people to discover fellow officer Philip Davis dead on the side of Interstate 65 in December 2009.

Robert Getts, who was on patrol duty the night Davis was shot and killed following a traffic stop on I-65, described the scene during a March 23 hearing in front of Judge Al Crowson in the Shelby County Circuit Court.

“It was total chaos. Officers were calling for ambulances and Lifesaver and yelling into the radio,” Getts said during his testimony. “When I got there, I ran to the scene. It was surreal to me.

“I saw officers standing over him (Davis) trying to give him CPR, and I heard someone yell ‘check his video,’” Getts added.

During the hearing, the Shelby County district attorney’s office submitted several pieces of evidence into the court, including a DVD recording of Davis’ dash camera footage during the traffic stop, a blood-spattered shirt, and several blood samples obtained from the Acura vehicle owned by defendant Bart Johnson.

Johnson is facing two charges of capital murder, one for intentionally killing an on-duty police officer and another for intentionally causing death by shooting from an occupied vehicle. He has pleaded not guilty to both charges.

Though the recording of the dash camera video was not shown during the hearing, Getts said it includes footage of Davis saying “are you going to be nice to me now?” to the occupant of the Acura shortly before Davis was shot.

The hearing also included testimony from Pelham officer Jeff Smith, who is a shift commander and oversees the video systems in the department’s patrol cars.

Every Pelham patrol officer has a digital video recording system in their car, which includes a forward-facing dash camera, a camera recording the back seat, microphones in the car and a wireless microphone on the officer’s uniform.

Davis’ camera equipment was not damaged when the department recovered the recordings from his patrol car.

While watching the footage from Davis’ car, Smith said he saw a muzzle flash before Davis collapsed on the side of the interstate. The Acura then fled the scene, Smith said.

“I can say with a high degree of certainty that Philip Davis was the source of the DNA profiles found on those items,” Mauterer said.

Johnson’s trial is set to begin May 2.