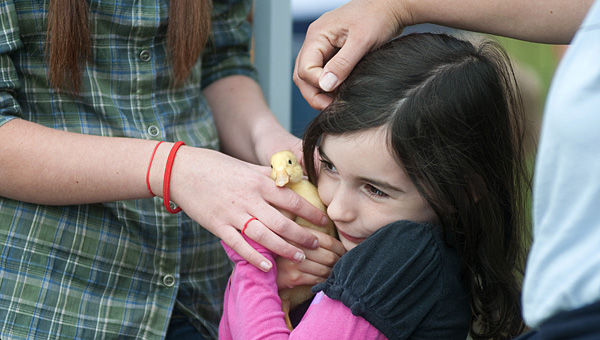 Kaia Hosey cuddles with a baby duckling at a petting zoo area of Farm Day in Montevallo on March 26. (Reporter Photo/Jon Goering)

Montevallo High School agriculture teacher Matt Barton and the school’s Future Farmers of America club worked to make the 2011 Farm Day a reality for the city of Montevallo.

“The (agriculture) teacher that was here, Keith Adair, had been here about eight years,” Barton said. “The kids loved him. The community loved him. He built this chapter into what it is.”

“Farm Day started as his plan,” Barton added, “and it grew considerably this year.” 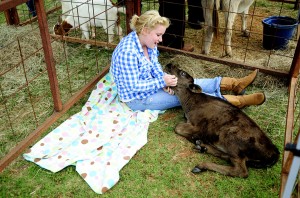 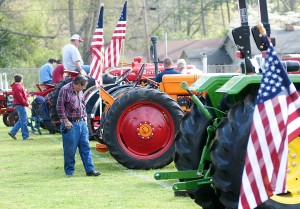 Visitors to Montevallo's Farm Day check out the tractors after their parade through town on March 26. (Reporter Photo/Jon Goering)

Barton said his FFA chapter made changes to the program this year.

On Friday, students from Montevallo Elementary School watched FFA members perform a skit, and also visited with Smokey the Bear and experienced a mobile dairy classroom. Also, the younger children enjoyed a petting zoo made up of animals the FFA members owned, including chickens, ducks, a miniature horse and a miniature donkey.

“The crazy thing is that while parts of Shelby county are rural, some of these kids have never seen these animals up close and personal,” Barton said. “It’s really sad. It’s our job as the FFA to reconnect the community with that.”

Saturday, though, was the “big day” of Farm Day, Barton said.

The day began with an antique tractor parade, a main highlight of the event. 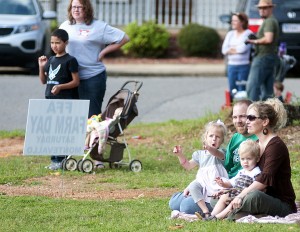 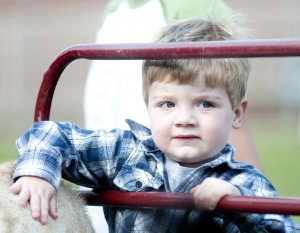 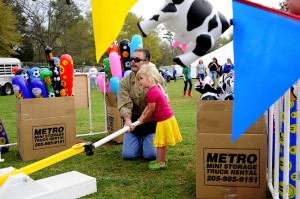 Mary Elizabeth House, Montevallo, gets some help from John Shipman, Trussville, in a game during Farm Day on March 26 in Montevallo. (Reporter Photo/Jon Goering)

“It was supposed to rain right when the tractor parade started, but it didn’t rain until about an hour later,” FFA chapter president Kathryn Ray said. “Tractor Supply Company brought some, and a lot of individuals in the community and some around the state brought their tractors.”

Even with the inclement weather, Ray, a junior at the high school, recognized the event a success.

“We had the show and demonstrations, vendors, a kids’ area, an antique tractor parade and concessions were sold. All in all, it went really good,” she said. “It did rain, and that did hurt us number-wise. We had about 1000 people.

“The whole point of Farm Day is for scholarships for our seniors,” she added. “I think we earned about $2,000, but we’re still counting.”

Barton said he owes the success of the event to the community and the FFA club.

“It’s a huge ordeal that the community greatly looks forward to every year,” Barton said. “I’m amazed at how much community support we have in everything we do.

“I wouldn’t be able to pull this off without (Ray), without all of the kids,” he added.