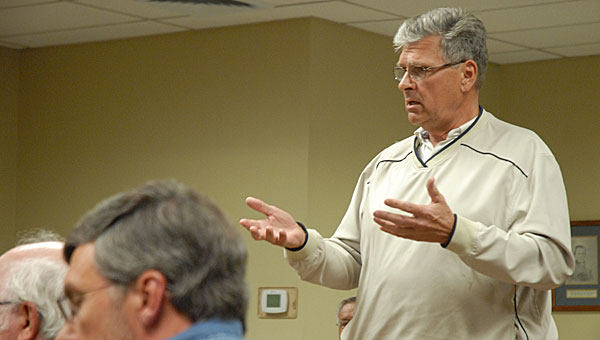 Pelham will move forward with buying about 35.78 acres of land off U.S. 31 for $7.8 million after the City Council voted 3-2 in favor of the purchase during a special-called meeting March 28.

As a result of the resolutions, the city will purchase the land to the north of Pelham City Park off U.S. 31. The city will use the land, part of which currently houses the Belle Vista mobile home park, to expand the park and possibly draw future economic development, Dickens and Meadows said previously.

The purchase is pending an appraisal on the property. If the land does not appraise for at least $7.8 million, the city is not legally able to purchase it, Dickens said.

Before the vote, several Pelham residents shared their thoughts on the purchase.

“I would urge you to vote yes. It’s all about promoting Pelham,” said Pelham resident Susie Cambron. “That is a prime location.

“We have got to get that property before someone else gets it and does something we don’t want them to do,” Cambron added.

“I am in support of a plan that involved attracting young families to our city,” Ropa said.

However, several speakers said they were opposed to the idea, and said the purchase leaves several questions.

“I am left with the impression that there is a lack of a unified plan. I really feel we are putting the cart before the horse. It’s ‘let’s buy the property and then decide what we are going to do with it,” said Pelham resident Tony Harlow. “Nobody in this room goes and buys something without knowing what they’re going to do with it.”

Resident Jeff Davies said he believed the city should instead purchase land on Shelby County 11, and expressed concern about the people currently living in Belle Vista.

“There is an awful lot of vacant property that the city could develop that would not disrupt 130 families,” Davies said. “I have a lot of questions, and I still haven’t heard anything tonight that answers those questions.”

Powell and Rice said they also had several unanswered questions, and said they did not have enough information to vote in favor of the purchase.

“I think it’s not wise to make such decisions without completing your due diligence,” Rice said.