Inverness clubhouse named one of best 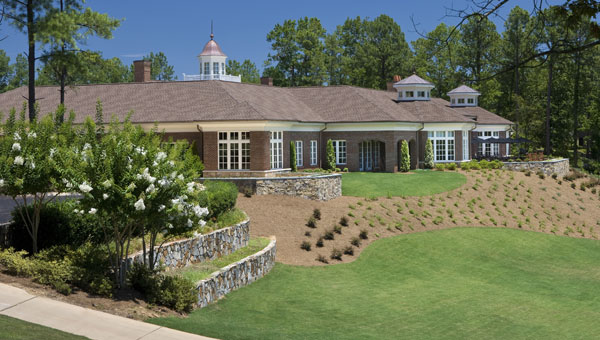 The Inverness Country Club clubhouse, shown here from the outside, was recently named Golf Inc. magazine's New Clubhouse of the Year. (Contributed photo)

INVERNESS — The Inverness Country Club is considered to have one of the best clubhouses in the world, according to Golf Inc. magazine.

The magazine announced the Inverness Country Club as the first place winner in the New Clubhouse of the Year competition. The clubhouse has been open since July 2009.

“It feels like home. That’s the common thing people tell us,” he said. “There’s a very warm feeling in the clubhouse. We wanted it to feel like an extension of someone’s home.” 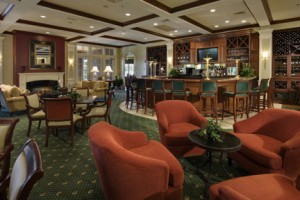 Ochsenhirt said the panel of judges were pleased with the Inverness club’s ability to meet members’ needs, with a fitness center and child care facility in addition to a golf course, tennis courts, swimming facilities and dining.

“When you look at everything a club is trying to be, you’ve got it all here,” Ochsenhirt said.

Golf clubhouses from around the world were entered into the contest, making the Inverness win even more sweet, Ochsenhirt said.

“There’s a lot of very good competition for it, which is great for us personally,” he said. “I’m not aware of anything in this region that has won anything like this, ever.”

Winning the honor has already made the country club a desired location for architects and designers, Ochsenhirt said.

“We’ve already had people contact us to come see us. That’s what’s great about it for Birmingham and North Shelby,” he said. “The people calling us, the architects and designers who want to see it, they’ve probably never been to this part of the state. It’s nice to have people realize there’s good quality in this area.”

The club will be recognized in the spring issue of Golf Inc. magazine. To find out more about the Inverness Country Club, call 991-8608.

A night out on the town eating crawfish and enjoying live music can help cure cancer with the upcoming Crawdaddies... read more