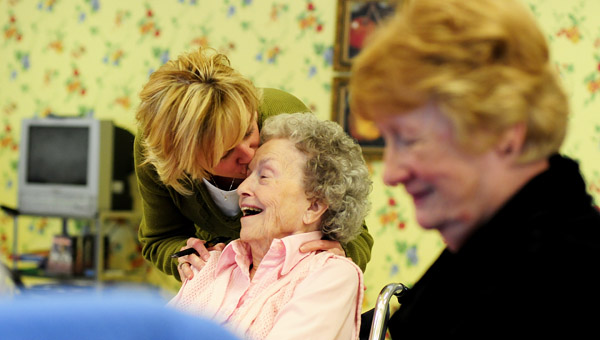 Eddings enjoyed the occasion with friends and family who gathered for cake, refreshments and presents at Columbiana Health and Rehabilitation. Eddings, who wrote her own checks until age 100, has lived there for two years. 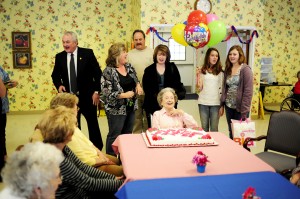 Family members of Margaret Eddings gather around her and sing to her on her 102nd birthday at the Columbiana Health and Rehabilitation Center on April 1. (Reporter Photo/Jon Goering)

Family members said Eddings didn’t start referring to herself as “old” until her 100th birthday.

Eddings was born April 1, 1909 in Bibb County, in the old mining town of Piper. She was one of eight children and has seven sisters. She attended classes at Alabama College, now the University of Montevallo.

Eddings taught kindergarten in Montevallo for 40 years. For a number of those years, she operated and taught at King Street Kiddie College.

“She always had the ability to make me feel like she truly cared about me,” James Baker said.