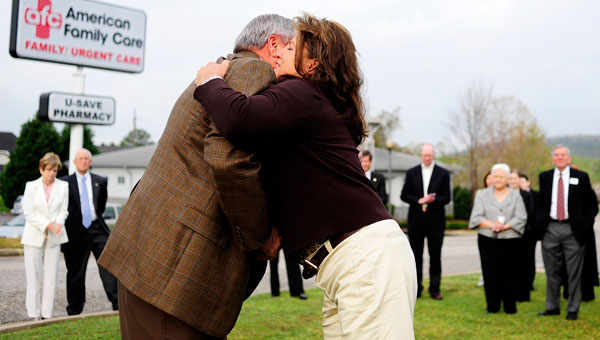 A road thousands pass every day in Pelham will forever honor one of the county’s most prominent businessmen after the city unveiled new street signs honoring the man April 1. 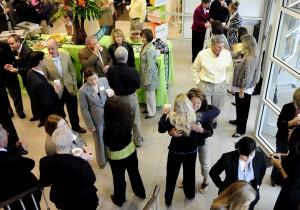 A crowd gathers in the lobby of the Regions Bank on Pelham Parkway prior to the start of a ceremony. (Reporter Photo/Jon Goering)

Holmes, who served as the president and chief executive officer of Regions Bank of Shelby County for many years, died in September 2010 after a lengthy battle with cancer.

During the street dedication, Hill said he had much respect for the late businessman, and praised Holmes’ sense of humor.

“I don’t know anyone who was more respected, more liked or more honored than Tony Holmes,” Hill said. “Tony is sitting up in heaven right now having a great laugh because we are doing this on April Fools’ Day.

“Every time we see this sign, I want us to think about how important he is to us,” Hill added. 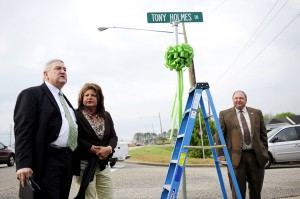 Murphy said the dedication was a small way the city could show its thanks to a man Murphy said was an influential figure in the city.

“Tony meant a great deal to the city,” Murphy said. “It’s our pleasure to do this small, small token of appreciation of renaming this street in his honor.”