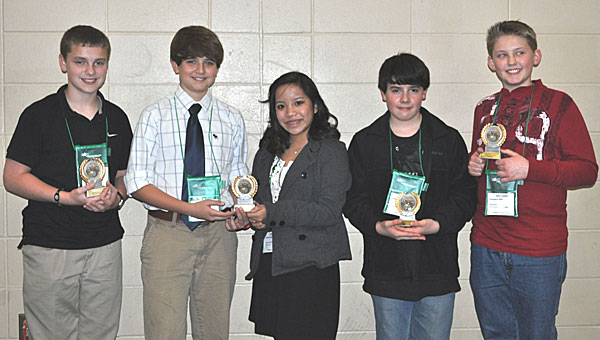 The students reached the state tournament after they placed in the TMS fair and the UAB Regional fair.

As a team, Beyler and Nichols placed first in the Environmental Science division of the fair.

TMS student Will Damsgard received a special area award from the U.S. Navy and Marine Corps and received an honorable mention in the Physical Science Division.