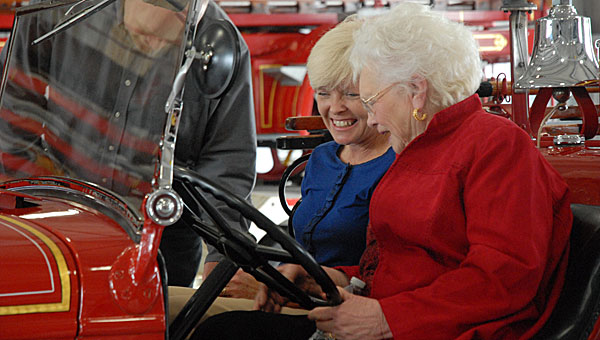 The Calera plan was chosen over two proposals from the city of Pelham to locate the fire museum within Pelham city limits.

If approved by the county commission, the county and Calera would move forward with the joint venture to construct in phases an eventual building of approximately 40,000 square-feet on 4.35 acres of land on Alabama 25, about two blocks from Interstate 65 exit 228.

Dudchock said he would like to see crews breaking ground on the project within six months. After work is started at the site, it will likely take between six and eight months to complete, he said.

“What will phase one be? I can’t tell you that right now. I can tell you that it will be directly proportionate to what we can afford to make phase one,” Dudchock said.

Shelby County Commission Chairman Corley Ellis said the county likely will pursue federal and state grants to help fund and expand the museum in the future.

The fire museum would be located next to the Chevron station on Alabama 25, about a half-mile from the Heart of Dixie Railroad Museum.

Ellis said he is “very excited” about the museum, and said it will help make the Alabama 25 corridor a tourist destination throughout the whole county.

“When you combine it with the fact that you have the Heart of Dixie Railroad Museum, the Shelby County museum, the Shelby Iron Works, the Aldrich Coal Museum, the George Washington Museum and everything else, we will have a museum trail,” Ellis said.

With the commission’s approval, the county would use $500,000 in lodging tax revenues for an initial investment and contribute $35,000 annually before eventually “minimizing county funds” for the project, Dudchock noted in a prior written evaluation of Calera’s proposal.

Dudchock said the museum’s funding will come from the county’s lodging tax revenue, which the county currently has on hand and is earmarked for tourism-related projects.

“You are not spending any money out of your general fund,” Dudchock told the commission. “You’ve been saving for this, on the shorthand, for seven years.”

However, District 6 Commissioner Larry Dillard said he was concerned the money the county is looking to spend on the project could be put to better use.

“I realize we’ve got this lodging tax money earmarked. I don’t know that we don’t need to look at some of our earmarks,” Dillard said, noting many county employees have not received step raises in two years. “I think this (museum) is a great idea. But I think I’m more enthusiastic about getting step raises for our employees.”

“We have really worked hard to pursue this opportunity,” said Calera Mayor Jon Graham. “This will truly make Calera a destination city. We feel like this will be a good partnership with the county.”

Life behind the bars

A corrections officer walks a couple of inmates down a hall at the Shelby County Jail. (Reporter Photo/Jon Goering) By... read more