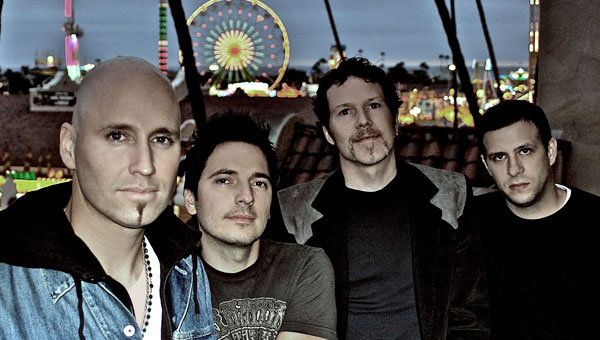 Vertical Horizon will be joining country music star Craig Morgan on the main stage at Alabaster's CityFest in June. (Contributed)

Vertical Horizon has been performing for more than a decade, and is best known for hits such as “Inside,” “Best I Ever Had,” Save Me from Myself,” “The Lucky One,” “Even Now” and “Welcome to the Bottom.”

The group recently released its most recent studio album, “Burning the Days.” During the CityFest performance, the group will play a mixture of its well-known hits and songs from its latest album.

This year’s CityFest, which is sponsored by Regions Bank, the Alabaster Reporter, Vic Smith CPA, Ernest McCarty Ford, Coca-Cola, Allied Waste, AL.com and other sponsors, is expected to draw more than 60,000 people.

The free event will feature a KidsFest area with inflatable games, a Lowe’s build-it workshop and arts and crafts. The event also will feature a field day competition, booths from several vendors, food and entertainment.

Gates for the event open at 9 a.m. For more information about the festival, visit Alabastercityfest.com.

Youth Pastor Garrett Harbuck speaks to youth and adults alike about the importance of being fearless during Encounter Underground April... read more