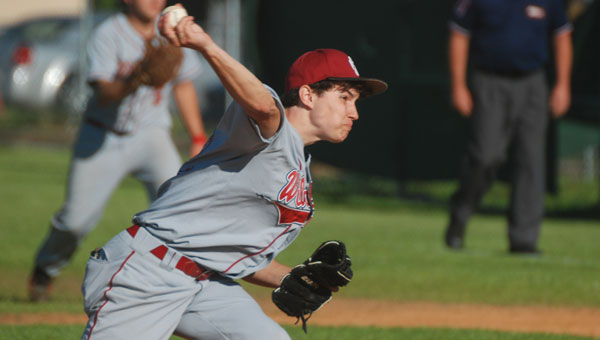 Shelby County defeated Jemison 8-4 in the opener before falling 11-0 in five innings in the nightcap.

Shelby County scored two runs in the top of the first inning and three runs in the fourth inning to jump out to an early lead in the opening game. Jemison managed just two hits against Shelby County starter Dakota Falkner through the first three innings of the game.

The Wildcats (6-10) responded with three runs in the top of the sixth inning to increase their lead to 8-4. Jemison loaded the bases in the seventh but could push no runs across the plate.

Evan McNeal led Shelby County at the plate as he finished 2-for-5 with a double. McNeal drove in three runs and scored one run in the victory.

Falkner earned the win on the mound after giving up four runs, all of which came in the fourth inning,  on four hits with two strikeouts and two walks in 4 2/3 innings.

Pelham falls out of playoff contention following loss to Hoover