Shakespeare with a southern twang 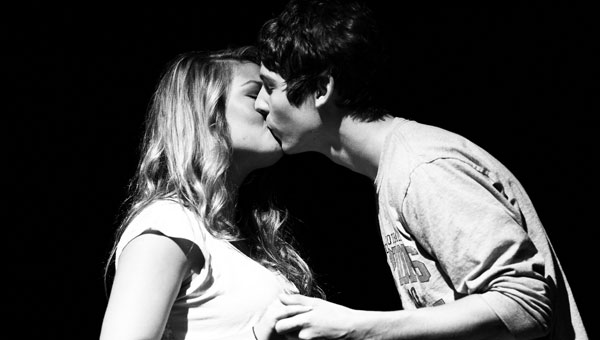 “When I was in ninth grade, I was forced to read Romeo and Juliet. I guess I carried a grudge against the play,” St. John said. “We settled on Romeo and Juliet because it’s the only tragedy that would work with young actors.

“This year has been about the idea that a story is not about the settings and the costumes. It’s about getting the audience involved,” he added. “Most of us experience Romeo and Juliet in the classroom.”

Therefore, the students decided to set their rendition of the popular play in a high school classroom, using a blackboard as a background and school bells as intermission breaks. 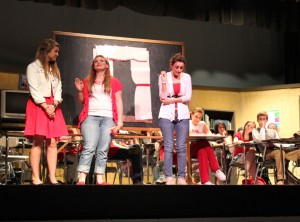 “I tell them my idea, and I’m just there to make sure it all fits together,” St. John said. “The students commit to reading the script every day. They read the entire script, so they’re exposed to it every day. They’re just a dedicated bunch of kids.”

“Every year, they choose about 50 schools from across the nation. We were nominated and made a video, then their panel judged and accepted us into the program,” St. John said.

St. John said he and five students will participate in the Edinburgh Fringe Festival in Edinburgh, Scotland this summer. The festival is the world’s largest performance arts festival. To attend the festival, the theatre department must raise funds for the trip.

“The shows we’ve done are raising money,” St. John said. “We’re doing a children’s theatre camp in June, and a 10-minute play festival in May. It’s called ‘Dessert and Drama.'”

Chelsea Intermediate student Elliot Campbell, center, adjusts the microphone on the camera the class is using to film the movie... read more