Al Patete of Houston, Texas and Nyla Patete of Alabaster are proud to announce the engagement of their daughter, Ashley Patete, to Mr. Daniel Hamlin.

Ashley is the granddaughter of Lowell and Nadine Bradbury of Denver, Colo., Brooke and Jackie Appleby of Venice, Fla., and Rafael and Alba Patete of Venezuela. She graduated from Thompson High School in 2006, and currently attends the University of Alabama. She received her bachelor of arts in communicative disorders in 2009 and is working on her master’s degree in speech-language pathology. 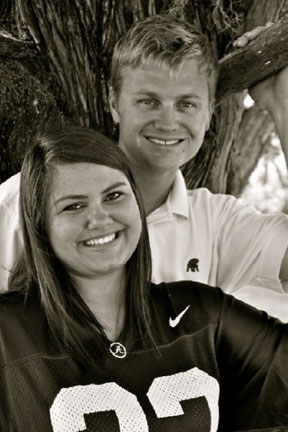 Daniel is the son of Jim Hamlin of Katy, Texas and Sue Hamlin of Alabaster. He is the grandson of Alma Hamlin and the late Herbert Hamlin and the late Victor and Florence Cholewinski. Daniel graduated from Thompson High School in 2005 and from the University of Alabama with a degree in environmental science in 2009. He currently works for Alabama Power.

Lexi Ellis will celebrate her third birthday on April 28, 2011. She is the daughter of Jake and Robin Ellis... read more