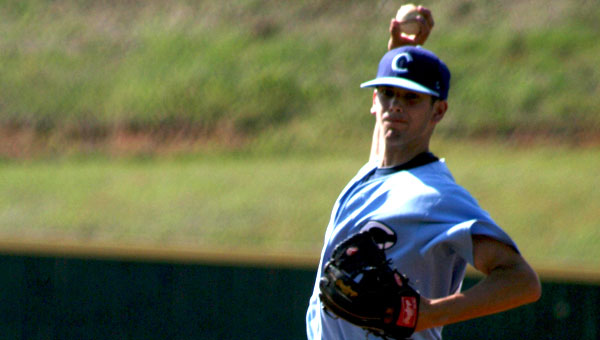 The Calera High School baseball team split the first two games in a best-of-three series with Holt in the opening round of the Alabama High School Athletic Association Class 4A playoffs April 23 in Tuscaloosa.

The Eagles (9-13) fell to Holt 5-3 in the opener before bouncing back with a 13-3 win in six innings in the nightcap to force a deciding third game, which will be played Monday, April 25 at 5 p.m.

Calera allowed only five hits in the opener in a two-run loss.

“We only gave up five total hits, just not at the right time,” said Calera coach Stephen Floyd.

Jeremy Hyde finished 2-for-4 at the plate and drove in one run. Hyde took the loss on the mound.

The Eagles finished off Holt in six innings due to the 10-run mercy rule with six runs in the sixth inning in the second game.

“It was a much better game for us,” Floyd said.

Hyde led Calera as he finished 3-for-4 at the plate. Hyde drove in three runs in the victory.

Connor Bush earned the win on the mound for the Eagles.

Oak Mountain headed to second round