Benjamin Franklin “Frank” Posey III, age 80, a resident of Alabaster, went home to celebrate the Resurrection with our Lord and Savior Jesus Christ, Easter Sunday morning, April 24, 2011. A celebration of his life will be held at 3 p.m., Thursday, April 28, 2011, at Bolton Funeral Home with Rev. Earl Tew and Rev. Jimmy Spencer officiating. Burial will follow in Pinelawn Gardens. The family will receive friends 1-3 p.m. prior to the service at Bolton Funeral Home.

Bro. Posey was born in Laurens, S.C. on October 11, 1930, to the late B. Frank Posey, II and Jenelle Daniels Bush. He spent his youth growing up in towns throughout South Carolina, Alabama, Florida and Georgia and graduated from high School at the Georgia Military College in Milledgeville, Ga., in 1948. Called into the ministry as a young man, he pursued theological training at Howard College (now Samford University) in Birmingham and at the New Orleans Baptist Theological Seminary in New Orleans, La.

Bro. Frank was the type of pastor who believed one could shepherd others best in the context of deep, meaningful relationships, and he sought ministry opportunities that would allow him to become deeply invested in the communities in which he served. Ordained to the ministry in 1952, he served two churches outside of Montgomery on a part-time basis while a student at Howard College – Mount Zion Baptist Church and Pine Level Baptist Church – and following his seminary training, he served only four other congregations – First Baptist Church of Dawes in Mobile (1957 – 1968), First Baptist Church of Leroy (1968 – 1979), First Baptist Church of Frisco City (1979 – 1990) and Fairfield First Baptist Church in Fairfield (1990-2005). He loved the Lord and he loved people, and he understood that serving God meant serving others. He was deeply committed to the members of his congregation and sought to be available to them at any hour to share in the sweetest joys, the deepest sorrows or the most agonizing crises, ever pointing to the Giver of every good and perfect gift, and the One who is our ever-present help in time of need. 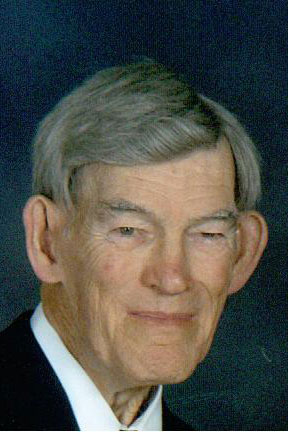 He also sought to invest himself in the life of the greater community in which he was called to minister, serving as PTA president, volunteer fire and rescue squad member and member of the Masonic Lodge. And he was almost always up to the challenge of turning out innumerable batches of his near infamous pancakes for the next community event or fundraiser. Through these and other outlets, he formed meaningful relationships with members of other local congregations, as well as with those who shared no formal church affiliation, and he sought to love and minister to all he know.

He loved his family deeply and was a devoted husband, father and grandfather, always believing his children and grandchildren were capable of the best and that his wife was the prettiest gal he’d ever set eyes on. A highly industrious man, he rarely sat still during his prime, yet counted among his greatest joys time spent with family, especially time spent fishing, hunting, playing games, gardening and traveling with his wife, children and grandchildren. His life was characterized by joy and laughter and he retained the capacity to bring a smile to the heart of others even as his mind and body began to fail. His life was a life well spent, and he will be sorely missed.