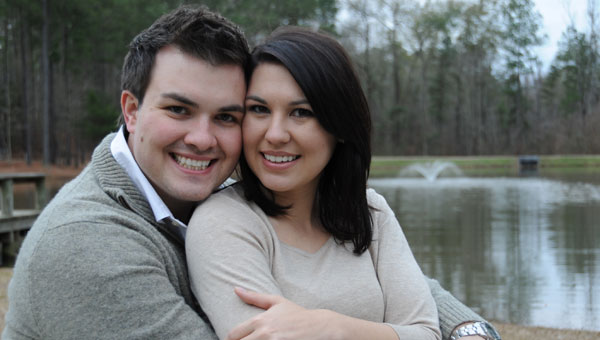 Brittany is the granddaughter of Mr. and Mrs. Buck Davis of Center, Mrs. and Mrs. Bobby Henry Wilburn of Joaquin, Texas and the late Mrs. Yvonne Wilburn of Center. Brittany graduated from Center High School in 2004 and received a bachelor of science in fashion merchandising in 2008 from Stephen F. Austin State University, Nacogdoches, Texas, where she was a member of the Alpha Chi Omega sorority and Student Foundation Association. She is currently employed as a Petroleum Landman with XTO Energy.

The prospective groom is the grandson of Mrs. Flora Mae Foster of Columbiana, the late Mr. Lewis Mack Foster of Columbiana and the late Mr. and Mrs. Daniel Andrew Johnston of Dora, Alabama. Matt graduated from Center High School in 2001 and received his biochemistry degree in 2005 from Baylor University, Waco, Texas, where he was a member of the American Chemical Society, Beta Beta Beta Biology Honor Society, Phi Alpha Delta International Law Fraternity, Baylor Transfer Council, Sigma Chi International Fraternity, and the Baylor Student Foundation. He is currently employed as a Petroleum Landman with XTO Energy and a member of the American Association of Professional Landmen, Ark-La-Tex Association of Professional Landmen and the American Chemical Society.

The wedding ceremony will be held Saturday, May 7, 2011, at the First United Methodist Church in Center, Texas.