News about the April 12 re-enactment of the Civil War battle at Fort Sumter, South Carolina, to mark the 150th anniversary of the War’s outbreak, reminded me of tales I was told some 30 years ago.

Now long deceased, Eunice Kendrick Minor said her grandfather, Judson “Jud” Kendrick, told her that he served as “a sort of spy” for the Confederates.

Since he knew where his father, Isham Kendrick, was camped with the troops, his mother would make a lunch for his father, and he would slip it to him.

I don’t know where Isham was camped with the Confederate troops, but it must have been within a few miles of the Kendrick home at K-Springs, since Jud told his granddaughter that his daddy sometimes slipped home to spend the night. 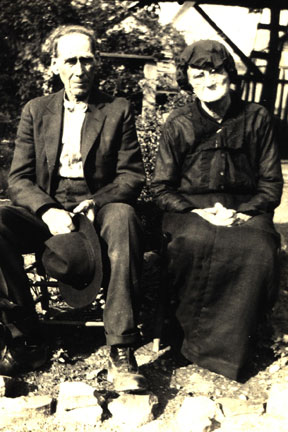 Adonarium Judson “Jud” Kendrick and wife Carrie Ann Davis Kendrick. As a boy of 12 years, Jud served as a “spy” for the Confederate Army. (Contributed)

Although the war started in early 1861, central Alabama saw little action until early 1865, during the final few months of the war, when Wilson’s Raiders moved through on their way to Selma to destroy the Confederate arsenal and naval foundry. They destroyed the University of Alabama, and blast furnaces and iron works in several places, including Columbiana.

It was also some 30 years ago, while I was researching for a local history book and Shelby County Reporter articles, that now-deceased Geneva Wilder Johnson told me stories about the war that were passed down through her family.

“Grandfather Wilder was out plowing, and the Yankees came by and took one of his horses,” she said. “They lived along the present Highway 280 near the old Osborne Place.”

Shelby County land records show that, in the 1850s, members of this family received United States titles to land around the Little Narrows, as well as other areas.

Geneva Johnson’s maternal grandfather was Lawrence Brasher. She recalled hearing that he “got a finger shot off” in the Civil War.

Lawrence Brasher lived to the age of 92. He died in 1912, and is buried in the historic Quinn Graveyard at Chelsea.

Isham Kendrick volunteered into the Confederate Army at Wilsonville in March 1862. However, he was discharged three months later for medical reasons.

The war ended in April 1865. Several area men who survived died soon afterward from the flu. Isham Kendrick died in 1866 and is buried at Quinn Graveyard.