Many people are impassioned for causes based on personal experience. This is true of Joanna Watts.

For the past two years, she has sponsored it. Watts has a two-fold reason for supporting the American Cancer Society. Her aunt, Garnett Goff, who Watt’s considers her mom, was diagnosed with breast cancer in 2005.

“This is just one way of showing how much she has meant to me,” Watts said. “It’s also a way of honoring other family members my grandmother, grandfather and three aunts who lost the battle with cancer.”

Goff is cancer free today and was in attendance April 9 when granddaughter Christan Smith, was crowned 2011 Miss Relay for Life. 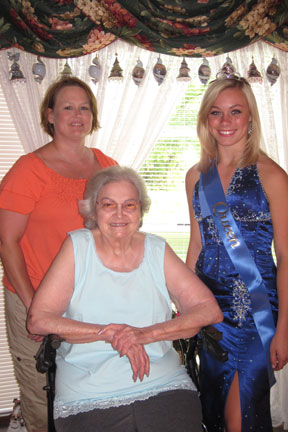