Lions ousted by RCHS in playoffs 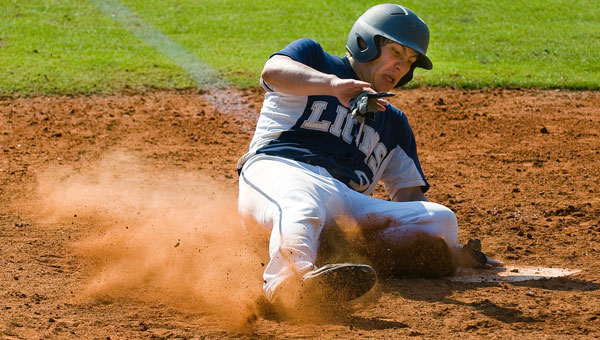 The Lions faced a daunting schedule during the 2011 season.

Renfroe hadn’t seen a team quite like Russell County, which ended Briarwood Christian’s season following a sweep in the Alabama High School Athletic Association Class 5A playoffs May 7.

The Lions fell to Russell County 9-5 in the opener before falling 13-2 in the nightcap.

“I’ve got to say they’re the best team we have seen,” Renfroe said.

Russell County ended the series with a two-run homer in the bottom of the sixth inning in the second game, which gave the visitors a walk-off mercy-rule victory.

The blast capped a day that featured plenty of hard-hit balls by the Lions’ opponent.

Logan Crook led the Lions at the plate in the opener as he finished 2-for-3 at the plate with a double. Crook drove in two runs and scored two runs in the defeat.

Micah Hooper finished 1-for-4 at the plate and drove in one run. Matthew Furuto and Carter Tyra scored one run each.

Barnes Bankston allowed three earned runs on three hits with four strikeouts and two walks in three innings in relief. Robby Hale gave up one earned run on two hits with a walk in one inning in relief.

Robert, Foster and Tyra led the Lions with one hit each in the nightcap. Hooper drove in one run. Courtesy runner Wynn Morris and Hooper scored one run each.

Crook took the loss after giving up four earned runs on six hits in 2 1/3 innings.
Cameron Adams, Will Brown and Ben Craft each pitched in relief.

Despite the season-ending loss in the quarterfinal round of the playoffs, Renfroe said the Lions accomplished plenty of things to be proud of during the season.

“I think we went a lot farther (in the playoffs) than a lot of people thought we would,” Renfroe said.