Shelby County students of all ages could be found painting fences this spring as part of the Shelby County Arts Council’s Fences on Parade exhibit.

The project started in 2010 to coincide with the library’s The Big Read, which featured “The Adventures of Tom Sawyer” by Mark Twain, Sullivan said. 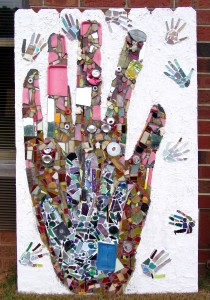 Thompson High School won the award for best in show.

Asking students to decorate fences lined up well with the book’s chapter where Tom whitewashes a fence, she said. The students enjoyed using fences as their medium so much, the council decided to make it a reoccurring project.

“Fences went over so well, we decided to use them again this year,” she said. “The teachers loved it, the kids loved it and the fences turned out so beautiful.” 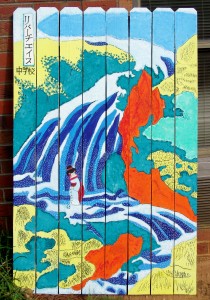 Thirty-two schools competed in this year’s Fences on Parade, Sullivan said. The council provided each school with a four-foot by six-foot fence section and a deadline. Otherwise, the rules were open, allowing each school to determine their own theme, materials and display, she said.

Students worked on the fences from the end of January until mid-April when they were submitted into the Shelby County School Art Show. 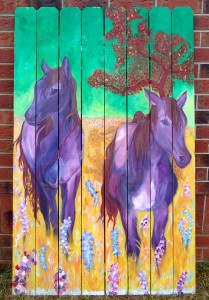 At the art show, judges awarded first through third place awards for the elementary school, middle/intermediate school and high school categories. One fence was selected as the best in show.

Thompson High School took home the award for best in show for their mosaic, hand-themed fence.

Thompson art teacher Tym Davis, said the students came up with the idea to use found objects and pieces of glass to craft the mosaic based on a William Blake quote about holding eternity your hand. 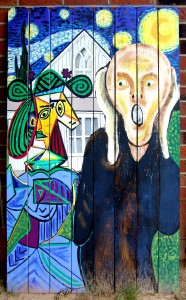 The winning entries will be on exhibit at Jeff State College at the Health Science Building from May 4 through June 30. Afterward, Sullivan said she hopes the winning fences can be left on display at a local park.