Approximately 18 years ago, a young man lived in Pelham, and every day he would drive through the town of Harpersville to his job. During this time he was working at City Wholesales as a store merchandiser in four states.

One day while driving through Harpersville, he noticed that a store was closed, and he decided at that moment that he wanted to purchase the place.

He did his research and purchased what has been known for approximately 18 years as Manley Mart/Jet Pep.

The gentleman was Mr. Larry Manley. Mr. Manley, commonly known as “Uncle Larry,” had always wanted a store of his own in a small, friendly town like Harpersville.

He and his wife, Phoebe, of 20-plus years, have truly grown to love the town of Harpersville and the people in it. Uncle Larry has seen many of the town’s young people grow up to become fine citizens, and they still call him “Uncle Larry” fondly.

Uncle Larry, is open 24/7 and has never been robbed in all of his years at this location, and this is a very busy intersection. 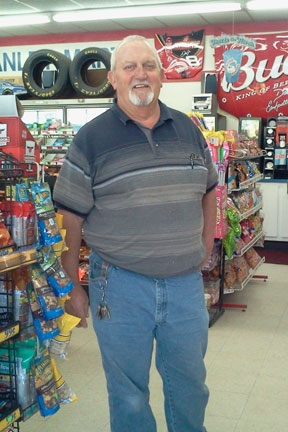 He attributes most of this to the fine Harpersville Police Department.

In all of these years he has never been closed, even during severe storms. He is open to the public 24/7 with candles burning as well as oil lamps.

Mr. Manley has had many offers to purchase his thriving business, but he has yet to sell. This young man states that he has many years to go before he retires, and I agree with him. Larry and Phoebe are the proud parents of four grown children.

Linda Malone, the community columnist for Harpersville, can be reached at Malo2211@bellsouth.net.

A tribute to mom

By NIVA DOROUGH / Community Columnist Mother’s Day is not just another holiday created by the card companies. It is... read more