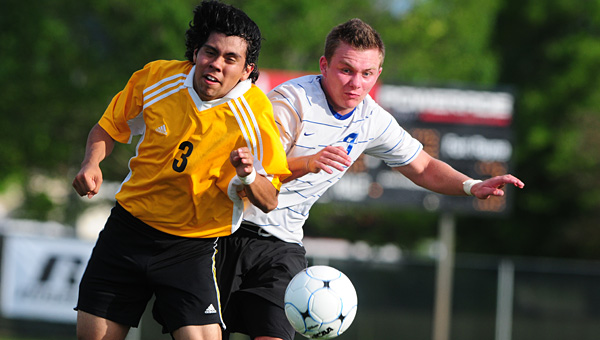 Chelsea's Ashley Page goes after the ball against Fort Payne's Joel Navarro during the semifinals match on May 13. (Reporter Photo/Jon Goering)

After watching the Chelsea girls’ soccer team advance to the AHSAA Class 5A championship match, Miller wanted his squad to join their counterparts in the championship round.

The Hornets put up a fight, but Miller’s group couldn’t overcome a three-goal deficit in a 3-1 loss to Fort Payne in a semifinal match May 13.

“It just wasn’t meant to be,” Miller said. 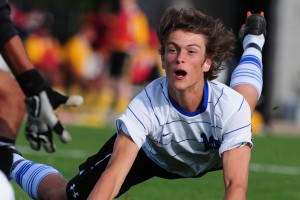 Chelsea's Eric King heads the ball past the outstretched hand of the Fort Payne goalkeeper for a second half goal. (Reporter Photo/Jon Goering)

Miller said the loss didn’t take anything away from the Hornets’ best season in school history. Chelsea, led by an 11-member senior class, captured its first section title on its way to making its first appearance in the Final Four.

“This was a huge step forward for our program,” Miller said. “Losing this game doesn’t take that away. Our seniors did an incredible job.”

Fort Payne scored its first goal in the fourth minute of the match to take an early 1-0 lead. The Wildcats added two more goals early in the second half to push their lead to 3-0.

Chelsea scored its first goal with 17:22 remaining in the match on a beautiful goal by junior Eric King, who scored on a diving header off a feed from senior Ashley Page. 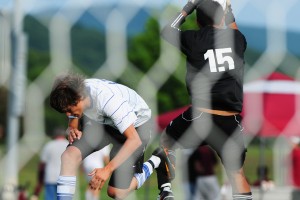 Fort Payne goalkeeper Edgar Bautista gets up over Chelsea's Eric King to secure the ball during the second half. (Reporter Photo/Jon Goering) 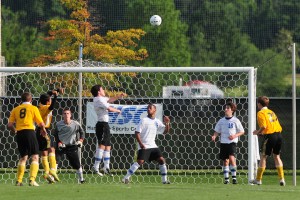 The Chelsea defense tries to keep the ball out of their goal during a corner kick. (Reporter Photo/Jon Goering)

Guntersville's Taylor Pearsons goes over the top of Indian Springs' Dabney Hofammann during the game on May 13. (Reporter Photo/Jon... read more