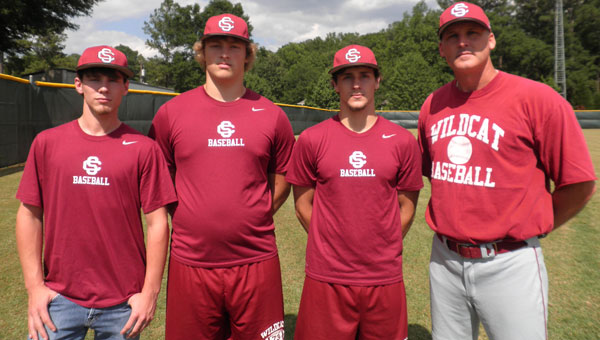 Three Shelby County High School baseball standouts have been picked to play in the Lions Club East/West all-star baseball game May 21 in Clanton.

Trey Howard Evan McNeal and Mike Pate were each selected to participate in the game, which will be hosted by the Clanton Lions Club.

Howard batted .370 this year as the Wilcats’ starting second baseman and lead-off hitter. McNeal, who also batted .370, pitched for the Wildcats and finished with a 1.84 earned run average.

Pate, who was the Wildcats’ starting catcher, led the team with a .532 batting average and belted four homeruns.

The Shelby County team will play Chilton County at noon and will face Autauga County at 2 p.m. Several college scouts will attend the region showcase.