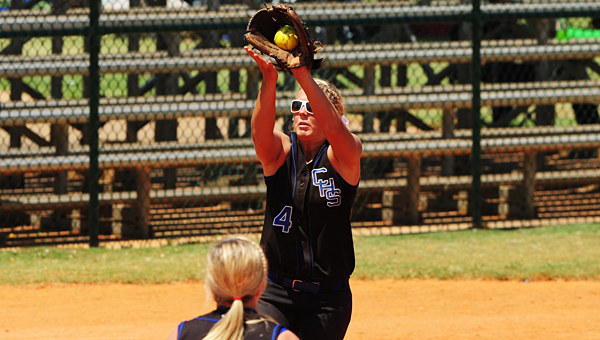 Chelsea's Kacie Craft pulls in a line-drive for an out during Friday's game at Lagoon Park in Montgomery. (Reporter Photo/Jon Goering)

MONTGOMERY — Chelsea High School softball coach Russell McCartey recognized the differences between his Hornets and their opponent Mortimer Jordan in the quarterfinal round of the Alabama High School Athletic Association Class 5A state tournament May 20 at Lagoon Park.

The gap between Mortimer Jordan, which owns two of the past three AHSAA Class 5A championships, and Chelsea closed following the Hornets’ 3-0 win over the Blue Devils in the school’s first ever win in an opening game at the state tournament. 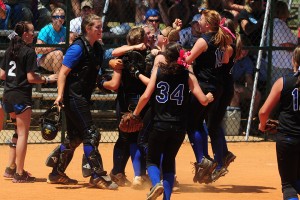 The Hornets will face Faith Academy in the AHSAA Class 5A semifinals May 20 at 7 p.m.

The Hornets jumped out to a 2-0 lead in the top of the first inning and pitchers Morgan Pence and Caitlin Bice combined to keep the Blue Devils off the scoreboard in the victory. 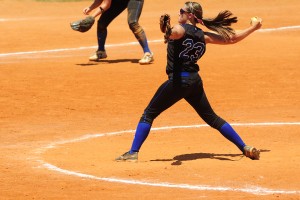 Pence earned the win in the circle after pitching four innings and facing one batter in the fifth inning. Pence allowed just one hit with three strikeouts and two walks. Pence hit one batter.

Bice earned the save after allowing just three hits with one strikeout in the final three innings.

Pence led Chelsea at the plate as she went 2-for-3 with a stolen base and drove in one run. 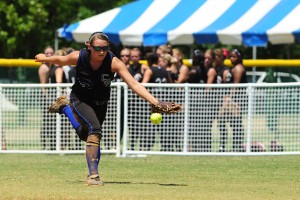 Chelsea took a 2-0 lead in the top of the first inning.

Chelsea added a run in the top of the sixth inning to take a 3-0 lead. 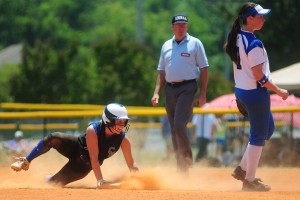 Luster reached on a fielding error by the Mortimer Jordan infield, moved to second base on a single by Pence and scored on another error by the Blue Devils in the inning.

Pence pitched out of a jam in the third inning with Mortimer Jordan runners on second and third base. Pence got out of the jam with a fly out to center field for the final out of the inning.

After Pence walked the lead off batter in the bottom of the fifth inning, Bice came in and shut down the Blue Devils with a strikeout and a double play to end the inning.