MONTEVALLO – Lionel Watkins smiles humbly whenever someone asks him the college scholarship offers he has received as a senior at Montevallo High School. The offers amount to more than $1 million, making his humility all the more admirable.

“Everyone told me I have the potential for Ivy League and that I should strive for the best,” Watkins said. “I applied without much hope, but now the hope has grown.”

In response every college application Watkins sent in, he received a letter of acceptance. 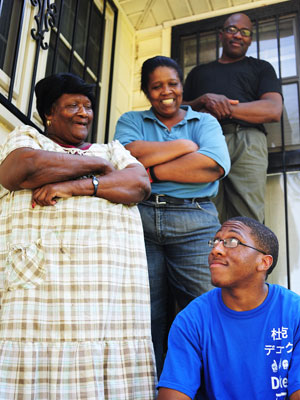 While he visited Rice University, UAB and Auburn University, Watkins said he felt the most comfortable at Duke, both from a social aspect and academically.

“It’s one of the top-ranked programs for biomedical engineering in the country,” Watkins said.

Darlene said she’s proud of Watkins, who is the youngest of three Watkins siblings.

“I’m extremely proud of Lionel. He’s gone above and beyond, and we’re always behind him,” she said. “He’s been reading since he was 3 years old, and the first book he picked up to read was the Bible.”

When Watkins was in the seventh grade, Duke University came down to test him to determine his true IQ, Watkins’ father, Darryl, said. As a seventh grader, Watkins scored a 24 on the ACT. Darryl said the university wanted to enroll Watkins in a special education program due to his high scores.

“We always let him live by what he wanted to do,” Darlene said. “He wanted to be a part of his friends’ lives. He told me, ‘I just want to be a child, and when I’m in the 12th grade, I’ll go to college.’”

Watkins has kept busy with basketball, football, math team, scholars bowl, broadcasting and a number of other extracurricular activities at Montevallo High School. In addition to being so involved, Watkins also holds a part-time job at Jack’s restaurant.

“Everyone’s wishing me the best,” Watkins said. “I have such a great support network where everyone’s in your corner.”

With the valedictorians seated behind her, Hope Christian School Administrator Connie Atchison reads a letter from a parent during the... read more