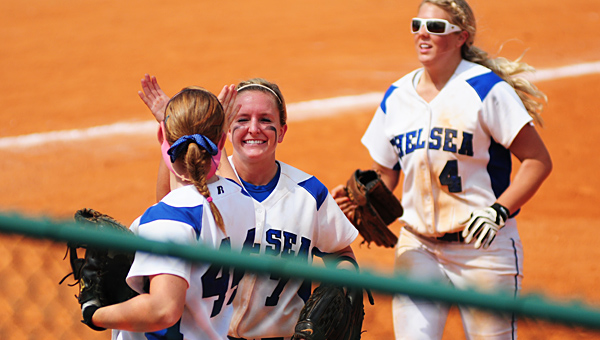 MONTGOMERY — The Chelsea High School softball team rebounded from a 1-0 loss to Faith Academy with a 6-3 win over Eufaula in a consolation game May 21 in the Alabama High School Athletic Association Class 5A state tournament at Lagoon Park.

The Hornets erased a 3-0 deficit in the top of the first inning to clinch the victory.

After falling behind 3-0, Chelsea’s Alex Osborn blasted a three-run homer over the right field wall to tie the game at 3-3 in the bottom of the first inning. 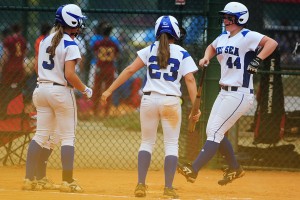 Chelsea's Alex Osborn is greeted at home by her teammates following a three-run homer during Saturday's game against Eufala. (Reporter Photo/Jon Goering)

Osborn led the Hornets as she finished 2-for-3 at the plate and drove in five runs.

Caitlin Bice finished 2-for-4 at the plate and scored two runs. 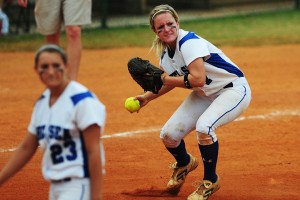 Morgan Pence earned the win after giving up three runs in two innings in the circle. Bice earned the save in relief after shutting down the Eufaula lineup and facing the minimum number of batters in the final five innings.

Bice finished with four strikeouts in five innings in the circle. 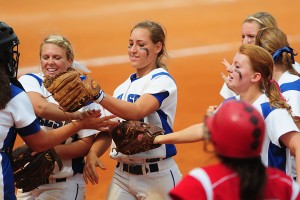 Chelsea fell to Faith Academy 1-0 in the AHSAA Class 5A championship bracket semifinals May 20.

Bice, Kacie Croft and Courtney Campbell finished with one hit each in the defeat.

Bice took the loss in the circle.