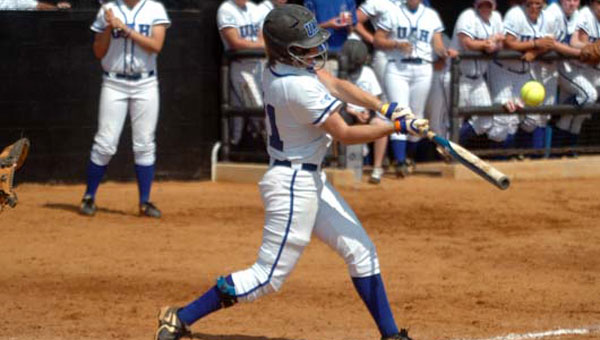 The Chargers (45-4-1) advanced to the World Series following a doubleheader sweep of the University of West Alabama in a best-of-three series May 21 in the NCAA Division II South Super Regional May 20-21.

UAH will meet Midwestern State University in its opening game in the World Series May 26 at 6:30 p.m in Salem, Va.

The highlight of Billingsley’s season thus far came during the Chargers’ sweep of the University of West Florida on March 20.

In the first game of the doubleheader, a 9-1 victory, Billingsley belted home runs in each of her first two plate appearances, including a grand slam. Billingsley had a two-run homer in the second game, a 10-3 win.

Billingsley finished with one hit and drove in three runs in seven plate appearances in her freshman season in 2010.