Janet Knight Bailey, of Westover, went to be with the Lord on Wednesday morning, May 25, 2011. The 11 a.m. funeral was on May 28, 2011 in Southern Heritage Chapel, Pelham. Burial followed in Bold Springs Cemetery. 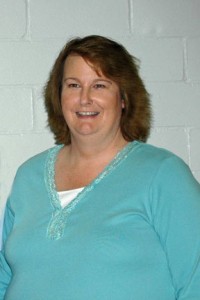 Janet was born November 5, 1962 in Birmingham. She was preceded in death by her parents, John and Margie Knight. Her memories will forever be treasured by family and friends. Survivors include Janet’s husband, Michael Bailey of Westover; two stepsons, Austin and Destin Bailey; a brother, Lee Knight (Moyra) of Georgia; a sister, Diane Knight Russell; a brother-in-law, Douglas Bailey; three nephews, Chris Russell (Linda), Dennis Russell and Len Wittfeld, all of Georgia; and two great-nieces, Lydia and Naomi Russell of Georgia.

Janet was a pharmacy tech for Brookwood Hospital for 22 years. She was a proud recipient of a liver transplant in 1994. Some of her favorite activities in life were to be with family, travel and arts and crafts. The family suggests that memorial gifts be made to The American Liver Foundation. Arrangements were made by Ridout’s Southern Heritage Funeral Home, Pelham.