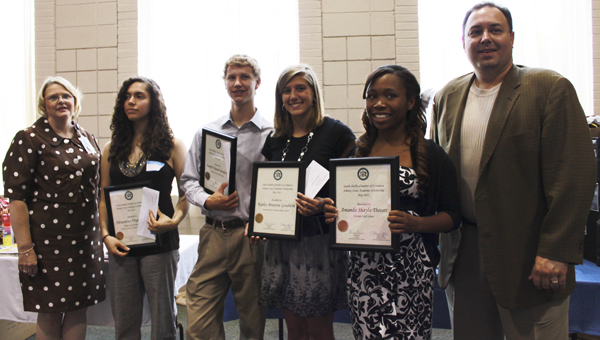 Lowe, who died in 2002, was a founder and first president of the South Shelby Chamber, which was founded in 1993.

Alexandra Virginia Seda, a graduate of Shelby County School of Technology, plans to study nutrition at the University of Montevallo.

Kailey Breanne Goodwin, a graduate of Cornerstone Christian School, plans to study speech pathology or graphic design at the University of Montevallo.

Columbiana Mayor Allan Lowe said his dad would have been proud of the recent graduates.

“He loved kids,” Allan Lowe said of Johnny Lowe. “He just liked giving people a better start than he was able to have when he was growing up. This scholarship helps his memory continue to touch people’s lives.”

More than 150 kids were all smiles June 2 during the kickoff event for the Columbiana Library's summer reading program.... read more