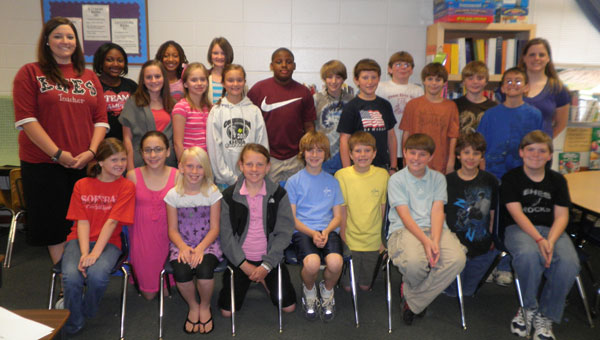 Thanks to the Shelby County Arts Council and the generous grant from the University of Montevallo Foundation, 500 students from Shelby County schools attended the Alabama Symphony “Dream Out Loud” concert at Palmer Hall at the university.

The students’ teachers were given a “Concert Study Guide” prior to the concert, which included a diagram of the orchestra seating chart, list of musicians and instruments that they play.

Teachers were able to download the music to play ahead in class and ask the students questions about what they heard. Some of the “dream” works played were: Felix Mendelssohn’s “A Midsummer Night’s Dream”; Sir Edward Elgar’s “Dream Children”; Hector Berlioz’s “Dream of the Witches Sabbath”; Charles Ives’ “The Unanswered Question”; and Mark Phillips’ “Lullaby” from “Dreams Interrupted.”

Students were given “What’s in a Dream” worksheets that challenged them to think about the music. They were asked to write about one of their dreams; what they like to day dream about; a dream or goal in their life; and what would be a dream come true.

Mrs. Mindy Hermencz’s fifth grade class at Elvin Hill prepared for their symphony visit by listening to the “dreamy” music and answered thoughtfully their dream-filled questionnaires.

“Most of my students have never been to a symphony,” said Hermencz. “I feel it is important to expose students to art and music.” Her motto is “to teach is to touch a life forever!”

“My greatest dream is to become a black belt,” wrote student Corbin Hillman. “I daydream about erasers having abilities to do things and talk. I thought hearing the music was cool!”

Hermencz said the concert was a huge success.

“It was very interactive and the students enjoyed the music,” Hermencz said. “A lot of them discussed wanting to play an instrument as well, especially the violin. They especially loved the first part of the concert when they played the theme song from E.T. It was great! Thanks to the Shelby County Arts Council for this wonderful opportunity.”

Clarification: Do you ever have a senior moment? Well, I had a huge one last week. Columbiana’s wonderful chief of police is Lamar Vick, not Raymond Vick. I greatly apologize for this error. Raymond, you got a huge promotion last week!

June is filled with fun in Columbiana