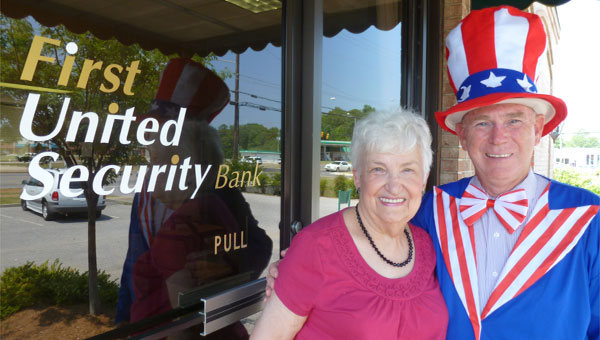 Columbiana’s Liberty Day is 26 years young and growing. It began as a celebration in 1986 to celebrate the 100th anniversary of the Statue of Liberty and has grown beyond all expectations.

Liberty Day Weekend starts on Friday, June 24, at 6 p.m. Main Street is transformed into picnic grounds with food vendors, a dance hall with “Total Assets” playing at 7 p.m., and a children’s carnival on Summer Classic Way and Balloon Man performing from 6-9 p.m.

The Shelby County Arts Council located on Mildred Street is hosting a reception from 6-7:30 p.m. to showcase the VSA Arts of Alabama, artwork by people with chronic illness and disabilities. The reception is sponsored by the generosity of City Councilman Dr. Stancil Handley.

The Blue Star Foundation will display their “Faces of the Price of Freedom,” in front of Handley’s office at the end of North Main. This poignant pictorial memorial of Alabama’s military who have given the ultimate sacrifice, their lives for our freedom, begins with Alabama soldiers who died at 9/11 up to present day.

From 1-3 p.m. under the white tent in the heart of town, the corner of Main and College, the newly crowned Miss Alabama 2011 Courtney Porter will be signing autographs with our own Miss Shelby County 2011 Megan Picklesimer.

At 3:30 p.m. Liberty Day’s “Red, White and Boom!” parade will lead off with Miss Alabama and Miss SC, along with community floats, fire engines, military representative and school bands.

Saturday night culminates the huge weekend at 7 p.m. with county band Deputy Five playing at the SCHS stadium followed by “Fire in the Sky” fireworks extravaganza at 9 p.m.