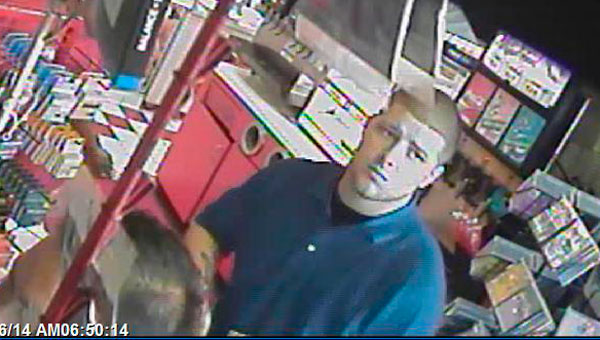 The Pelham Police Department is searching for a suspect police say robbed a victim at gunpoint in the parking lot of a BP gas station on June 16.

“The suspect stole several hundred dollars from the victim, and was armed with a small semi-automatic pistol,” said Pelham police Lt. Pete Folmar, commander of the department’s investigation division.

Folmar described the suspect as a white male in his 20s who was about 6 feet tall and weighed between 210-235 pounds. The suspect also had multiple tattoos on his right and left forearms, Folmar said.

After the incident, the suspect fled the scene in a white, full-size regular-cab pickup truck, Folmar said.

Anyone with information related to the suspect or the incident should contact the Pelham Police Department at 620-6550.