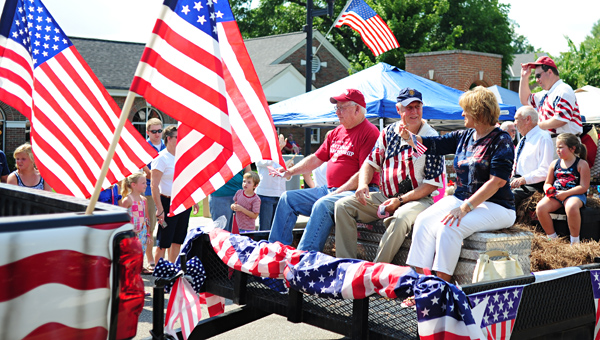 The parade was part of a day-long celebration of military veterans and patriotism.

Fitting, then, that Harry Moon served as the parade’s grand marshal. 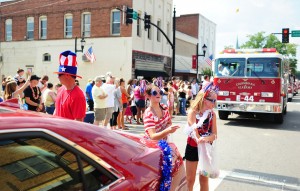 Moon, the veteran’s service officer for Shelby County, was in the Army for 28 years, serving in Vietnam and Desert Storm in Iraq before retiring as a first sergeant.

“Working with the veterans like I do, after spending 28 years in the military, it’s just like a continuation,” Moon said. “I had all my young soldiers I had to deal with all my life. Now I get to take care of the old ones at the end. Being the grand marshal is something that honors that.” 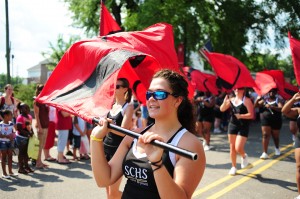 “It’s something that can’t be done enough, not past or present or future,” Moon said. “We’ve just got to take care of them. Without them, and the ones coming up, we wouldn’t be here today. 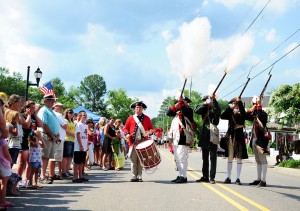 Honoring veterans “shouldn’t be relegated to the Fourth of July or a Veteran’s Day parade,” Moon said.

Veterans don’t look for statues or monuments or walls in their honor, Moon said.

“They just look for the fact that their family is being taken care of, and that they’re free to sit around and watch parades like this without having to worry about what’s going to happen next.

“Veterans do what they do to provide that stability and that freedom to do things like this parade,” he added. 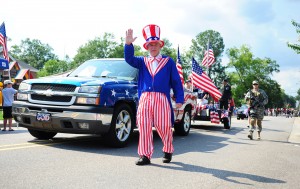 There are more than 14,000 veterans in Shelby County.

“If you look at Alabama, it historically and traditionally has always been the most patriotic state in the Union. We have provided more veterans than just about any state. Shelby County, for its size, is probably one of the top two or three in the state for veterans.”

Moon said he was impressed with the turnout for the parade.

“It was great,” he said. “For a hot Saturday afternoon, it was perfect.” 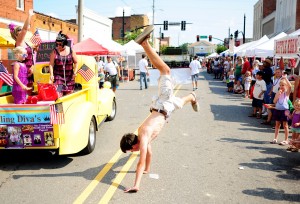 Liberty Days began at the time when the Statue of Liberty was being renovated, Columbiana Mayor Allan Lowe said.

“The city at that time wanted to have a celebration to honor our country, our freedoms and our liberties,” Lowe said. “The parade just evolved into a way for us to show our support.” 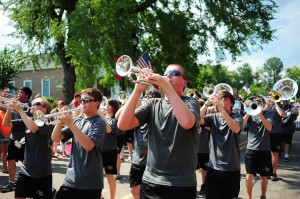 “We probably topped the rest of them (today) by having a grand marshal who represents all of our veterans,” Lowe said. “I don’t know what the total number (of attendees) is yet, but from what I judge it looks like as many or more than we’ve ever had before.” 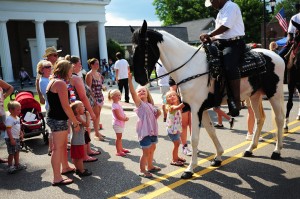 Young parade-goers get the chance to pet the horses that were a part of Saturday's parade. (Reporter Photo/Jon Goering) 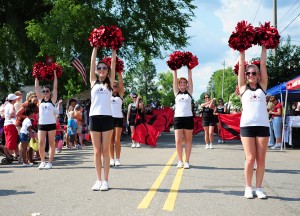 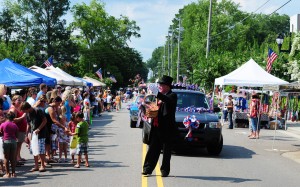 Bobby Joe Seales waves to the crowd and tosses out candy to the kids. (Reporter Photo/Jon Goering) 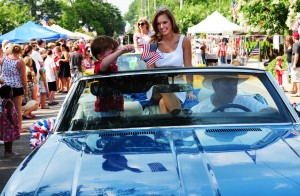