Charles Keith and Teresa H. Caudle of Hoover are proud to announce the marriage of their daughter, Abby Taylor Caudle, to James Preston Bohler of Marietta, Ga.

Abby is the granddaughter of George Henry and Lettie P. Harrison and the late Charles Frances and Mary Ercyl Caudle. She graduated from Auburn University with a doctorate in audiology. 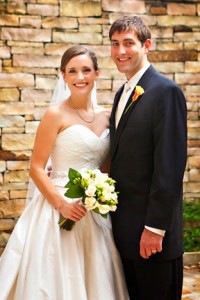 Randall and Lisa Kelley of Harpersville are proud to announce the marriage of their daughter, LaToya Danielle Kelley, to Darius... read more