Dot Walton learned early how to take care of herself as she grew up in Westover with four brothers.

After graduating from Vincent High School Class of 1955, she married her husband of 54 years, Bill Walton.

Shortly thereafter, Bill was stationed in Anchorage, AK., while serving in the Air Force for four years. They began their travels and pulled a house trailer from Westover to Anchorage to live in.

After completing Bill’s tour of duty, they moved back to Westover for a life-time residency.

Dot said she wanted to be a stay-at-home mom to their three children, so she began her journey in the business world right from her home, opening a poultry farm.

She began raising about 50,000 chickens per batch in two chicken houses for Ralston Purina.

Dot remembers getting up early cleaning the chicken houses, feeding, watering and nurturing the baby chicks to maturity. Each eight weeks would bring a new batch, with only two weeks between for additional cleaning and sanitizing the houses.

Dot said she managed this business for about 15 years with the help of her three children while they were growing up.

From managing chicken houses, she became a real estate agent in the early 1980s and a loan officer around 1987, and decided to open her own mortgage company in Chelsea. 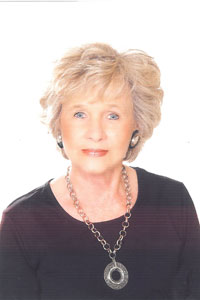 She attends Union Methodist Church, where she is active in the choir and all church functions. Her friends are said to quarrel over her coconut cakes and call her house the “Cracker Barrel” of Shelby County 32.

An adventure lover, Walton said she parasailed off the beach at the age of 64 and loved it. Family has always been so important to her. She now has six grandchildren and one great- granddaughter.

Along with raising her own children, she was compassionate to the needs of other teenagers, and found room in her heart and home to help them.

Dot is presently working as a loan consultant at Central State Mortgage.

Her greatest joy is being able to help young couples get into their dream homes.

She always goes the extra mile to help her clients locate the best financing.

Dot has overcome so many challenges, including losing her son, Shane, two years ago, at the age of 49.

Always leaning on her faith in God, through her humble beginnings, determination and love of her family and friends, Dot is living life to its fullest.

How to keep up with your own pet

By DR. FRED SELF / Veterinarian For as long as people have had pets, the pets have tended to wander... read more