Chelsea residents have it their way 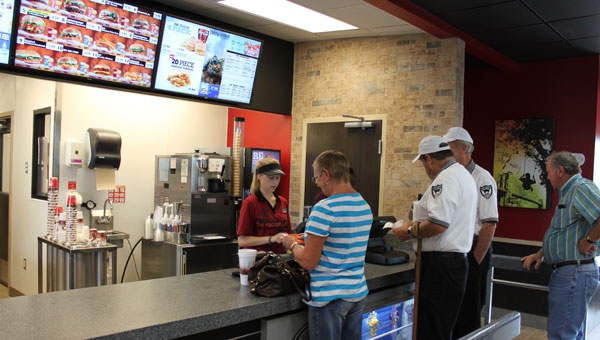 The new restaurant, located off U.S. 280 adjacent to Publix and the Baptist Health Center, had a soft opening on the evening of July 20 for friends and family members, but opened for business on Thursday.

Sterrett resident Faye Poole, an EBSCO employee, said when she drove by and saw that the restaurant was open, she sent out a mass email. The results of that email were apparent, as she showed of a number of drinks and a large bag full of orders for coworkers.

“I’ve been waiting for this to open. Burger King has my favorite burger,” Champion said.

Lieutenant Don Williamson of the Chelsea Fire Department had lunch at Burger King on July 21.

“I’m fanatical about their chicken sandwich,” he said.

By BRAD GASKINS / Staff Writer When it comes to quality of life, nobody in Alabama has it better than... read more