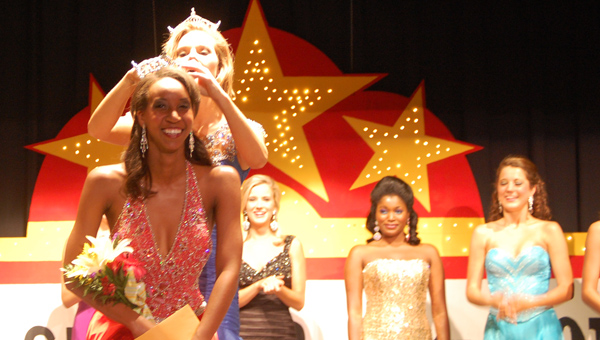 She was crowned by Miss Shelby County 2011 Megan Picklesimer. 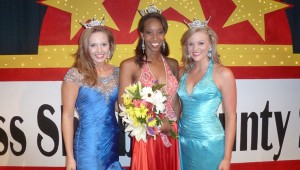 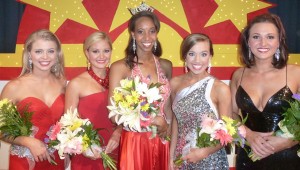 Todd, 21, won the swimsuit competition but said she was strong in all categories, including a private interview with judges, eveningwear, talent and an on-stage interview.

“I didn’t feel like I did bad in one area,” Todd said. “It was even across the board.”

Her confidence comes with experience.

“The people here are my people,” she said, referring to Shelby County residents. “I know them. I know their personalities. I know the businesses. It’s awesome.” 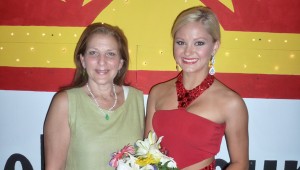 For the talent competition, Todd performed a contemporary lyrical dance to Patty Griffin’s “Up to the Mountain.”

A dancer for 19 years, she said the talent competition is traditionally her strongest category.

“I can do any type of dance and any style of dance,” Todd said. “It doesn’t matter what type of stage it is, I’m a performer and I love performing. When I get out on the stage it’s like a light bulb clicks, and I just get into the groove of dance.”

“Social media outlets are pretty much bittersweet. There can be positives and there can be negatives,” Todd responded. “The negatives are that we lose touch with human emotions, and we can’t read many of the emotions people put in emails or text messages, or even what we put on twitter or facebook.

“But it does help,” Todd continued, “because we’ve put out tons of information at small amounts of time. Lots of people see it, and that’s one of the positives we have for social media.”

As Miss Shelby County, Todd said her platform will be “Cell Phone Sense: texting while driving plus mobile manners.”

“Hopefully one thing that I can do is create an ordinance here and then help push that towards the state level,” she said. “Alabama doesn’t have any state laws against texting and driving, and it is a big issue.”

If there was one person in the auditorium more excited than Todd, it was her mother, Shearrod.

“It is extremely special because I know her heart, and this is something that she wanted to do,” Shearodd Todd said. “It’s very surprising and very humbling.”

“I’ve got one more notch underneath my belt, and I’ve learned a lot,” she said. “Hopefully at Miss Alabama I can show everybody what I’ve learned.”

Pageant director Pam Oliver praised all the contestants, and said she has confidence in Todd’s ability to serve as an ambassador for Shelby County.

“This is her third year to Miss Alabama, so she’s a pro. I don’t have to worry about her. I think she’ll represent us well. I told her I wanted a Miss Alabama.”

Eric and Amber Blackerby pose for a photo July 22 in front of the Shelby County Courthouse. Eric Blackerby, a... read more